Last we heard, Google was planning on sticking to top and bottom bezels for the Pixel 3 and introducing a notch design for the Pixel 3 XL. A fresh leak has now provided evidence for the latter theory, featuring live photos of a prototype.

An XDA Developers forum member first posted the images above. He then supplied the site with more snaps of the alleged Pixel 3 XL, showing it off from various angles. The notch can be clearly seen sitting pretty at the top of the display. It appears to house two cameras and a microphone.

There’s no evidence of an iPhone X-like Face ID solution. A fingerprint scanner takes up space at the back, so don’t expect an under-display fingerprint solution either. The same two-tone design as the previous variant can be seen here, with a single line separating the grayish black from the deep glossy black. 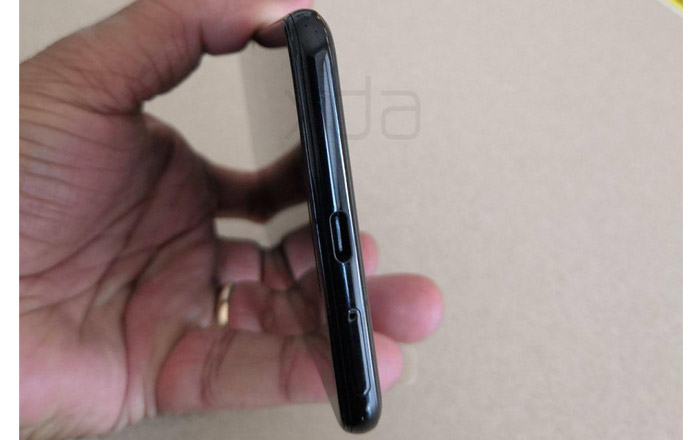 One major change from last year is the presence of glass at the back. This is a big shift from the matte surface favored by Google before. Some say this might lead to support for wireless charging. It’s certainly a possibility, especially since even rivals like Apple have hopped on board the technology.

Interestingly, the logo at the bottom of the so-called Pixel 3 XL isn’t the familiar Google logo which is present on the current Pixel lineup. However, it has been used for the company’s prototypes in the past. This lends an air of authenticity to the leak.

The images also suggest that at least one Pixel 3 XL variant will fit in 4GB of RAM and 128GB of ROM. A Qualcomm Snapdragon 845 processor will likely be found at its heart. The smartphone in the photos appears to have the codename crosshatch, matching up with earlier rumors.

Unusually, it seems Google has moved the SIM card slot from the side of the Pixel 3 XL to the bottom next to the USB-C slot. This might just be a prototype quirk though. We’ll keep an eye out for leaks of the final product to confirm this new position.