The Pixel 3 and Pixel 3 XL have just gotten leaked in all their glory. OnLeaks and MySmartPrice have released 3D CAD-based renders of the handsets along with 360-degree videos.

As hinted at by a live image leak of the Pixel 3 XL, Google might be adopting a notch design for the smartphone. The decision is sure to cause controversy as many loathe the design quirk. The cutout will probably give way to a tall 19:9 aspect ratio. It seems the panel may measure 6.2-inch diagonally and feature a sizable bezel at the bottom.

The notch houses a microphone and 2 sensors. One could be a selfie shooter and the other an ambient light sensor. Some say both are lenses, an interesting possibility. The back of the alleged Pixel 3 XL definitely sports a single snapper, so it seems Google isn’t hopping on the dual or triple-camera bandwagon yet. 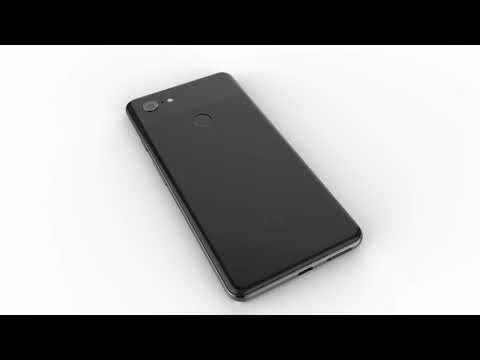 The rear surface of the Pixel 3 XL appears to be the same as its previous variant for the most part. The line separating the glass portion from the rest of the metal body is slightly curved at the sides now. The fingerprint scanner is below the border like always, as is the Google logo towards the bottom.

Google has also stuck to having stereo speakers on the smartphone. Even the smaller Pixel 3 carries dual speakers. It too has 2 sensors placed on its upper bezel. The borders are much more prominent here since the brand hasn’t gone with a notch design. It looks like the handset will have a 5.4-inch display with an 18:9 aspect ratio.