Slashleaks later shared the image, claiming that it depicted the Pixel 3 and Pixel 3 XL’s tempered glass protector. It also shared schematics based on them. If accurate, it seems Google will be switching to a notch design for the latter.

This might come as disappointing news to notch haters. Some have already accused Google of copying Apple the way other Android manufacturers have in recent months. There were some hints of this happening even prior to this Google Pixel 3 leak. 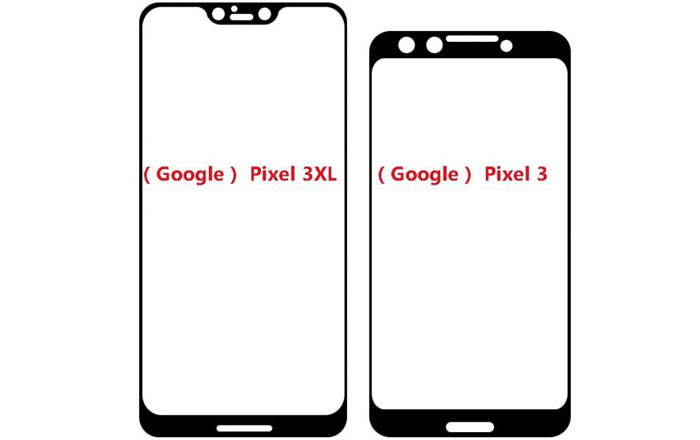 For instance, Android P includes support for display cutouts. At the time, it was too big of a leap to assume that Google was doing this to benefit its flagship lineup, but the live image does change things a bit. Of course, there’s no indication that the screen guards are for the upcoming Pixels.

Both feature thin borders at the sides. The phones appear to have support for dual stereo speakers, which would explain the thicker-than-usual bezels. There are also plenty of cutouts for cameras and sensors. It’s unclear if the handsets will get some kind of 3D face scanning powers like the iPhone X.

Little is known about the Pixel 3 and Pixel 3 XL right now. The smartphones will probably run on a Snapdragon 845 processor and be one of the first to feature Android P.