Google’s Pixel 3 duo has gotten leaked thoroughly over the past few weeks, especially the Pixel 3 XL variant. There’s very little left to know about the phones, but there is one aspect which isn’t 100% certain yet – the launch date.

Bloomberg now has an answer to this question. It slipped in the date in its in-depth article about the 2018 iPhones. As per its sources, the Google Pixel 3 and Pixel 3 XL are coming out on October 9 at an event in New York City.

The date and venue is a marked departure from previous years. Google unveiled the original Pixel and Pixel 2 on October 4 in California. We’re not sure why it’s delaying things this year and moving the location to New York. It’s possible that there’s been some sort of hiccup with the expected Pixel Watch and Pixelbook 2 which has held up the launch. 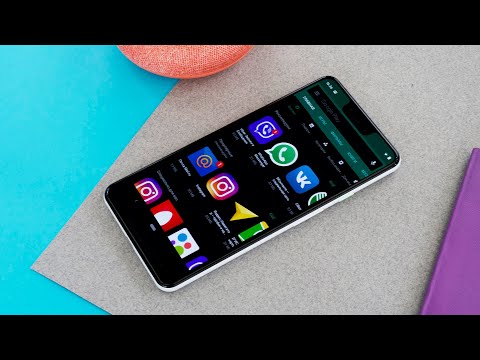 The Pixel 3 XL has shown up over and over again in the rumor mills. The latest one is a hands-on high-quality unboxing video, so no grainy leaked photos or videos here. According to 9to5Google, these are stolen units which are being sold in the Ukrainian black market for over $2000 each.

Google is said to be investigating how one of its flagship phones made its way to the black market. Meanwhile, the smaller Pixel 3 hasn’t gotten out as heavily as its bigger sibling. It’s expected to look similar to its predecessor with bezels at the top and bottom.

This may come as a relief to folks who hate the Pixel 3 XL’s deep notch. The cutout is being heavily criticized online for being so distracting. The blame may lie with a new wide-angle Super Selfies feature Google is planning. The system relies on having 2 front-facing cameras handy, which may explain why the notch is so big.