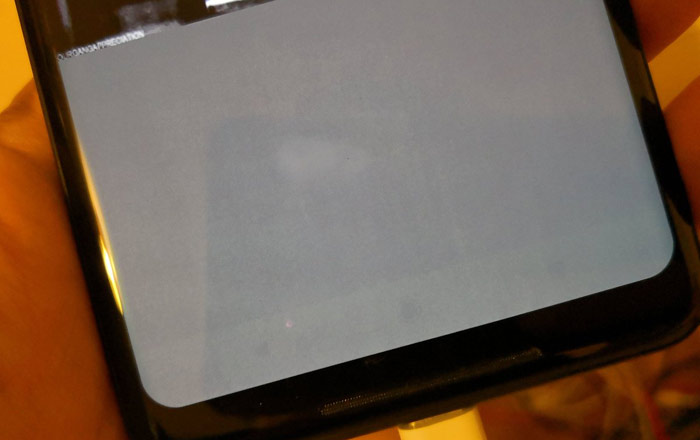 There’s a serious issue facing the Google Pixel 2 XL in relation to its LG-made POLED display that’s started emerging amongst early adopters. Several users have noticed that the handset has an alarming case of what appears to be screen burn-in.

Screen burn-in is a common problem among the OLED set, but it usually occurs months or years into using the handset, not barely a week in. The concern rears its head when a part of the display has the same visuals for an extended period time, so a ghostly image of it hangs around even if the panel is showcasing something else.

There’s also an issue called image retention or ghosting which typically occurs in LCD screens that does pretty much the same thing, except that it’s temporary and goes away on its own. The Pixel 2 XL appears to be suffering from burn-in, although this isn’t 100% known for certain since it’s still early days.

Android Central’s Alex Dobie was one of the first to highlight the problem, posting the above photo on Twitter. His Pixel 2 XL unit was just 7 days old at that point. The handset’s navigation buttons can be seen hanging around at the bottom against a white navigation bar background, with the active display itself featuring a grey image.

The publication has shared a handy guide on how to spot screen burn, advising individuals to open up a bright red or black background and check the portions where the navigation buttons and notifications areas reside for any ghost image left behind. The clock is especially prone to the issue.

Google is now actively investigating these cases, so we should get a definite answer soon. Replacements will probably offered as compensation if it’s a hardware issue.