The Pixel 2 and Pixel XL 2 have both gotten leaked in the form of a series of renders and a video depicting the front and back design of the handsets. The in-depth look is the result of a collaboration between MySmartPrice and OnLeaks, with the images based on factory CADs obtained by the latter.

The most striking aspect of the alleged Pixel 2 and Pixel XL 2 is its much thinner bezels. The borders appear to be minimal, keeping in line with the dominant smartphone trend of 2017. Front-facing stereo speakers can be seen at the bottom of the screen, leaving only a USB Type-C port to reside at the tail end of the phones.

The 3.5mm headphone jack appears to be missing on either end, so it looks like Google is hopping on the other major handset trend of getting rid of the trusty old port. This might come as a major disappointment to fans, especially since the company made a point of highlighting that the original Pixel had one in a clear rebuttal to the iPhone 7. 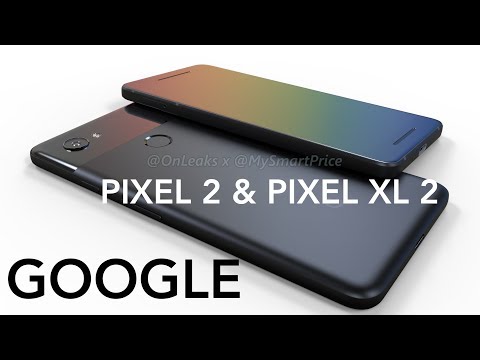 On the photography side of things, the Pixel 2 and Pixel XL 2’s camera has apparently gotten a prominent bump and the LED flash unit has moved to the right of the module. The two-tone glass-metal back style is here to stay, though the former appears to be taking up less space than before.