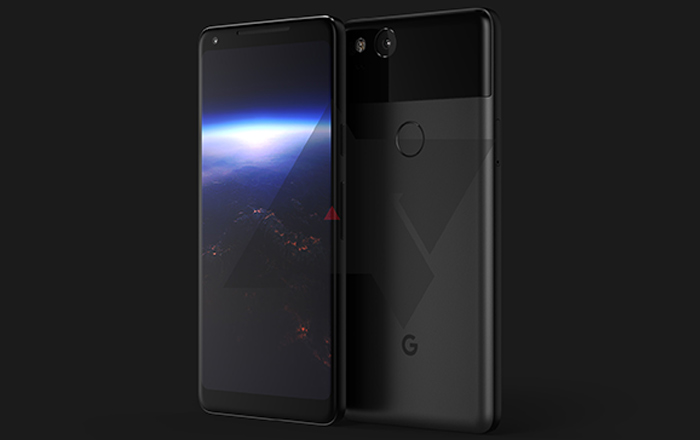 Google’s second-generation Pixel flagships could be coming out on 5 October, exactly a year after the original pair made its debut on 4 October 2016. This piece of information comes directly from the usually accurate Evan Blass, who also claims that the duo will be running on the as-yet-unreleased Snapdragon 836 processor.

This has been leaked before, most recently in an FCC filing which indicated the Pixel 2 would either run on a Snapdragon 835 or 836 SoC. The latter has now been all but confirmed, making the upcoming pair the first to run on the chipset.

Both the variants have been leaked on numerous occasions in the past. The Pixel 2 is being manufactured by HTC and may feature a 4.97-inch full HD display, 4GB of RAM, and dual stereo speakers up front. The Pixel 2 XL is an LG affair and will probably go with a larger 5.99-inch 1440p panel.

Some say the Pixel 2 could adopt a thick-bezel design, while the Pixel 2 XL will favor a more G6-esque narrow-bezel one. Both are expected to get hold of HTC’s squeezable Edge Sense feature, renamed Active Edge for Google’s phones.

Android Police recently tore down the Google app APK and discovered several strings related to a Google Assistant-powered headphones codenamed Bisto. The device will allow people to have their own personal AI assistant at their beck and call, reading out notifications and answering their queries.

Interestingly, it appears these smart headphones won’t be restricted to just Google. Even third-party manufacturers could get in on them. It’s not clear if the headphones will be wireless and whether it’ll be bundled or sold alongside the Pixel 2. Both make sense, seeing as how the handset is abandoning the headphone jack.