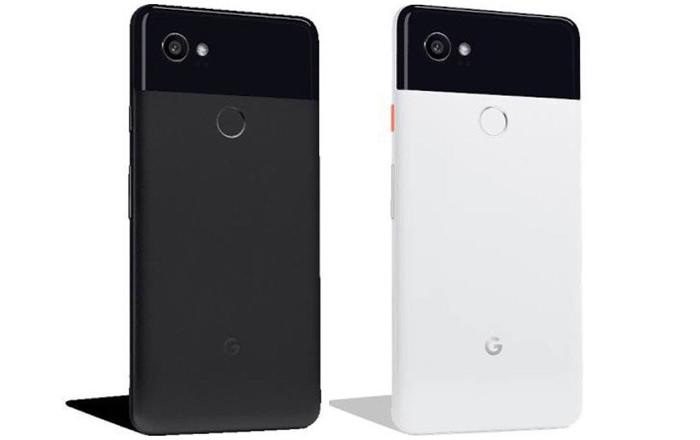 The Google Pixel 2 and Pixel 2 XL have gotten leaked in an extensive report which reveals almost everything there is to know about the devices. The handsets are pretty much the same in most respects, but there are some key differences between the two.

Starting off with the Pixel 2 XL, a source told Android Authority that the phone will have an eSIM card slot, just like the Apple Watch Series 3. This will allow a person to connect to various networks without having to replace a physical SIM card. However, eSIM support isn’t widespread, as seen in the limited availability of the aforementioned wearable.

Perhaps certain models will carry an eSIM and others a standard one. The Pixel 2 XL is apparently going to go with a curved QHD display and a screen-to-body ratio that lies between 80% and 85%. Bezels will likely be thin as a result, though we’ll have to wait and see how slim Google trims it.

The Pixel 2 XL is further expected to get hold of dual speakers, USB-C headphones in certain markets, 64GB or 128GB of ROM, a Snapdragon 835 processor, Gorilla Glass 5, IP67 dust and water resistance, and a 3520mAh battery. The revamped ‘Pixel Cameras’ will probably be accompanied by a Wide Color Gamut, Google Imaging Chip, and OIS.

Google is also set to bestow an Active Edge feature specifically on the left side of the handset. Users will be able to squeeze the smartphone to launch Google Assistant or mute incoming calls and alarms. As for the Pixel 2, the smaller variant may retain last year’s thick bezels and add dual stereo speakers to them.

The Pixel 2 will likely stick to a 1080p screen, pack a 2700mAh battery, and not opt for the Wide Color Gamut. The source goes on to assert that buying one of the new products will grant users unlimited Google Cloud storage until 2023.