After numerous leaks and rumors revealed almost all its launch event secrets, Google has officially unveiled its latest line of handsets alongside a ton of new hardware. The Pixel 2 and Pixel 2 XL have a lot riding on them as sequels to critically acclaimed, but low in sales predecessors.

Plus, the Pixel pair will have to face-off against the best Samsung and Apple have to offer. Google’s already won one particular battle against the two, claiming that DxOMark has rated the Pixel 2 the best smartphone camera till date with a score of 98.

The Pixel 2’s photography arsenal includes a 12.2MP rear shooter enhanced with laser autofocus, dual pixel phase detection, an aperture of f/1.9, OIS, and EIS. Videos are supposed to be smooth thanks to the latter two, while HDR+ takes care of low-light shots. Google is also touting its blurred background portrait shots from both the front and back lenses.

Interestingly enough, it seems Google’s taken inspiration from Apple in one particular aspect. The latter’s Live Photos has arrived in the form of a new ‘motion photos’ tool that captures short bursts of video around an image. Users will also get to play around with Pixel-exclusive Augmented Reality (AR) Stickers soon. 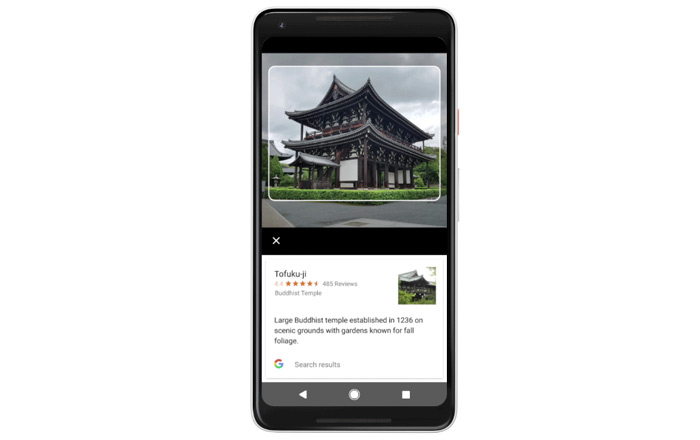 The Pixel 2 and Pixel 2 XL are set to be the first ones to preview Google Lens. Announced earlier this year at I/O 2017, the feature can scan any photo and supply information about things like landmarks and books. It can even copy contact info and URLs from a business card, working in conjunction with Google Photos and Assistant. 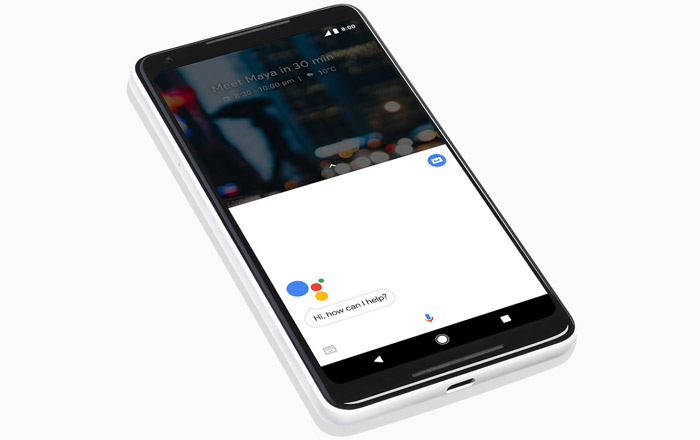 Speaking of Assistant, owners can now squeeze the sides of their Pixel 2 or Pixel 2 XL for the AI to come to their aid. It’s basically a repacked version of HTC’s Edge Sense, here called Active Edge. The Taiwanese corporation was the OEM behind the former, while the latter was manufactured by LG.

LG’s influence on the Pixel 2 XL is pretty clear to see thanks to the smartphone’s 6-inch 18:9 pOLED QHD+ screen. The bezels are pretty prominent, but the upside is that buyers will get a pair of stereo speakers. This is true of the Pixel 2 as well, though the smaller 5-inch 16:9 AMOLED FHD display has even thicker bezels. 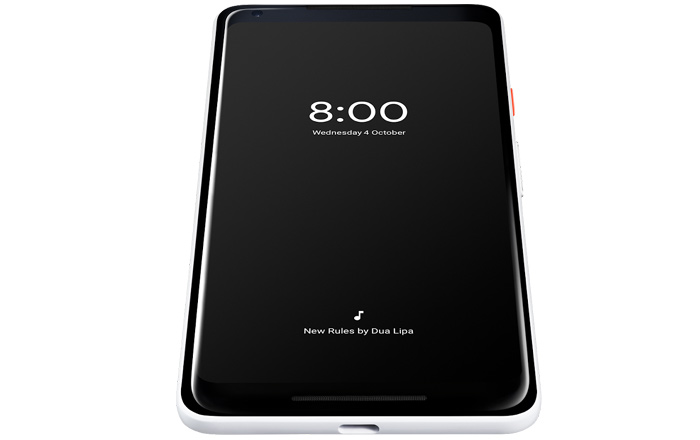 Another potential drawback in the eyes of consumers is the fact that the Pixel 2 foregoes the 3.5mm headphone jack entirely. Google’s bundling in a USB-C to 3.5 mm headphone adaptor to make up for this loss, in addition to selling a pair of wireless $159 Pixel Buds.

Google’s made sure its new phones are water and dust resistant by certifying them with an IP67 rating, a step below what the Galaxy S8 and Note 8 boast of. Both also get the benefit of fast charging, allowing the duo to get 7 hours of juice after just 15 minutes of charging. The Pixel 2 has a smaller 2700mAh battery and the Pixel 2 XL a 3520mAh one.

In terms of software, Google is promising at least 3 years of OS and security upgrades. This is a year more than it offered before, welcome news for people who value regular updates. It’s also integrated an eSIM in addition to the regular one, an always-on display, and a Now Playing tool that automatically listens to the song playing around a user and tells them the name and artist.

Specifications of the Google Pixel 2 and Pixel 2 XL:

The Pixel 2 will be available in Just Black, Clearly White, and Kinda Blue priced at $649 or Rs 61000 for the 64GB model and $749 or Rs 70000 for the 128GB one. Pre-orders in the US are live now via the Google Store and Verizon and it’ll start shipping on October 19. Pre-booking in India will commence from October 26 and sales will begin on November 1 via offline retailers and Flipkart.