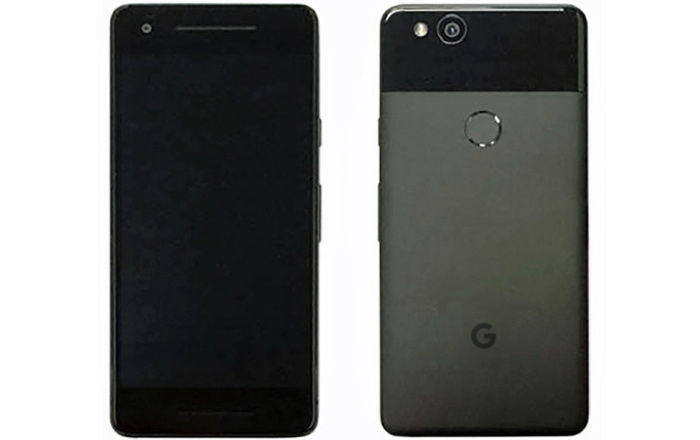 We’ve been hearing a lot about Google’s next Pixel series, but no one has a clear idea of what the brand is planning for the lineup. Noted leakster Evan Blass has now come out with a new report to shed some light on the smartphones.

The report includes a photo of the smaller Pixel 2. The handset doesn’t look that different from the original, with the most prominent changes being the dual front-facing speakers and reduced glass panel on the back.

This is in contrast to a previous case maker leak which suggested that both the Pixels would be fitted with less bezels than before. It’s possible that Google will be incorporating different designs for each. After all, HTC is reportedly handling the smaller Pixel 2 and LG the larger one. The latter already has some experience in cutting down on borders with its own G6 flagship.

VentureBeat reports that Google won’t be hopping on the dual camera trend of 2017, an unusual choice given how common it is now among big-name manufacturers. However, it may get on board with another one which has proven far less popular among consumers.

We’re talking, of course, about the elimination of the 3.5mm headphone jack. Google made a point of highlighting that the Pixel had retained the port in the face of the iPhone 7, but it looks like the company is embracing the change for its 2017 lineup.

Interestingly enough, HTC might be carrying forward its squeeze-sensitive frame technology to the Pixel 2. The feature is called Edge Sense on the U11 and it’s received pretty mixed reactions so far. We’ll have to wait and see whether Google manages to improve upon the idea and come out with something extraordinary.