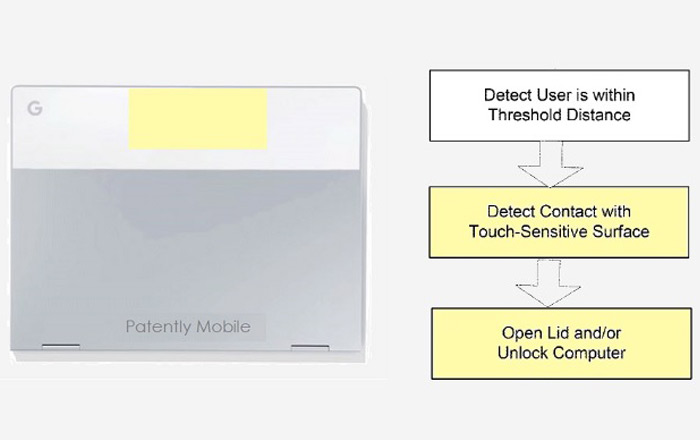 Laptops nowadays require you to put in the effort of using your hands to life up the lid. Google appears to be finally doing something about this pointless exertion by designing a Pixelbook which uses a motor to raise the cover up by itself.

The internet caught wind of the idea when the USPTO published the patent for the invention. It was first filed in 2013, so Google’s had plenty of time to work on it. While the company’s applied for plenty of patents in its time, this one is a bit different since it names Ken Loo as one of the people behind it.

Loo is currently a Senior Product Design Engineer at Google who has worked on the Pixel handsets and Pixelbook laptops. As per the document, a person would have to apply pressure to a certain portion of the lid to get the engine going. The lid would begin rising up and use cameras to detect where their face is.

The Pixelbook will then proceed to adjust the hinge as per a user’s position. This sounds pretty neat since they wouldn’t have to continuously adjust the screen to their liking, but a lot depends on how smart the underlying technology is. The processor basically tries to make sure a person’s face is in the middle of the camera, whether they’re standing or sitting.

The patent also discusses using facial recognition to unlock the Pixelbook, alongside more conventional methods like a username and password combination. To close the lid, an individual could perform a gesture on the touchpad. Both actions would require a certain amount of pressure or duration of touch to avoid accidental opening and closing.

As always, it should be reiterated that Google has a boatload of patents which don’t always go on to become actual products. This particular one might even have some privacy concerns since people might be turned off by a camera constantly watching them and adjusting to their movements.