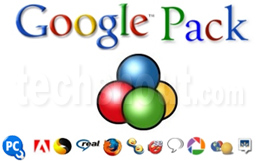 According to Rowan Trollop, vice president, engineering, consumer business unit, Symantec, “Offering Norton Security Scan through the Google Pack is the perfect way to reach the everyday Internet home user. Our goal is to provide Internet users everywhere with a powerful and easy-to-use tool to help them evaluate, understand threats that may reside on their PCs and subsequently remove these threats quickly and efficiently.”

Google Pack automatically downloads and installs Norton Security Scan and other essential applications. Thus, users will never have to miss out on new features because the included Google Updater keeps them up to date.

According to Simon Clausen, CEO, PC Tools, “We are delighted to join the impressive mix of quality software available to Google users. As part of this partnership we are providing an exclusive version of the Spyware Doctor for Google Pack users.”

The updated version of Spyware Doctor features File Guard which will continually protect users as they download, work, and play, added Clausen.