Google’s begun rolling out a brand new update for Gmail and Google Calendar for iOS users, bundling in a number of highly-requested features. The company goes as far as to call it the biggest overhaul of the former in 4 years.

The revamped Gmail app has gotten a redesigned UI which looks similar to the app’s Android counterpart. Google promises that the new look and sleeker transitions will make productivity on the go a lot simpler, aided by a slew of new skills.

For instance, Google’s useful Undo Send feature is now a part of its iOS arsenal. The tool lets users stop an errant email from getting beamed out. The option pops up immediately after the mail is sent. Individuals can activate it by heading to Settings. They’ll get to choose between 5, 10, 20, and 30 second windows to stop emails.

Google is also introducing a swipe to archive or delete function which should make clearing out messages from a user’s inbox quicker. Finally, the brand claims searches in Gmail are going to be faster now thanks to instant results and spelling suggestions. 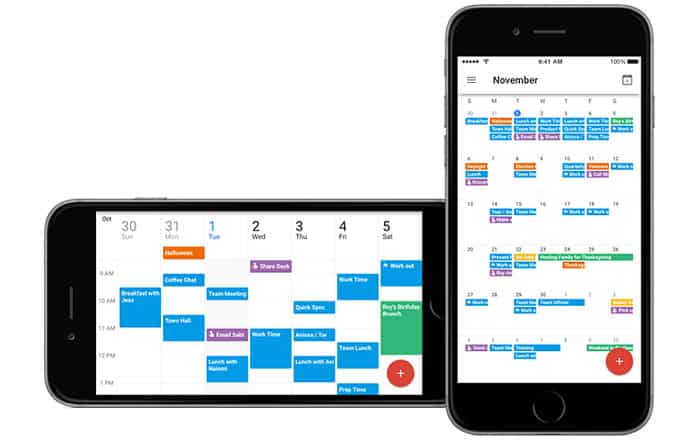 As for Google Calendar, the application will now be able to switch between month view and week in landscape view. Spotlight Search support has finally been added, making it easier to seek specific events, Goals, and Reminders. It’s further added alternate calendars like Lunar, Hindu and Islamic to cater to people who utilize non-Gregorian calendars frequently.

You can download Google Calendar here and Gmail here.