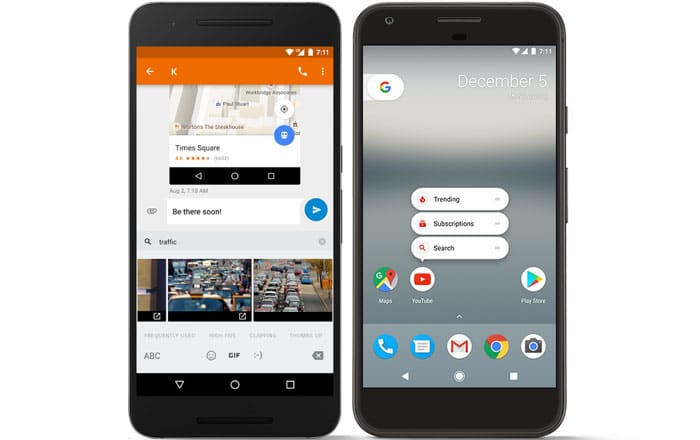 Google’s begun sending out version 7.1.1 of Android Nougat for compatible devices, promising a number of useful features alongside a smattering of stability and performance improvements. It’s also launched its Android Security Bulletin for the month of December.

Android 7.1.1 brings an array of Pixel-exclusive features to a greater number of phones. For instance, Google’s revamped emoji are being included as part of the package. These emoticons are meant to promote gender equality by including counterparts for characters which previously had only female or male versions.

People can now utilize emoji like a female astronaut or welder, in addition to a man getting a haircut. The latest version of Nougat also brings with it the ability to directly send GIFs from a keyboard in supported apps like Hangouts, Google Messenger, and Allo.

Finally, Android 7.1.1 introduces app shortcuts on the home screen, Google’s take on 3D Touch-like functionality. The tool presents users with a list of actions after they long press an icon. Doing so with YouTube showcases options like Trending, Subscriptions, and Search, while Google Messenger prompts choices to start a new chat or go back to an ongoing one.

Android 7.1.1 Nougat is set to roll out to the Pixel, Pixel XL, Pixel C, Nexus 6, Nexus 5X, Nexus 6P, Nexus 9, Nexus Player, and General Mobile 4G (Android One) over the course of the next several weeks via an OTA update. All devices signed up for Google’s Android Beta Program will also get the final iteration of the OS.