For those who can’t do without Google Now cards, loses of Internet connections must get pretty frustrating. Not any more, since Mountain View has blessed its Search app with offline support for these cards, letting you access important information even when you’re disconnected.

Through a new blog post, Google has made it clear that it’s only the Android version of its Search app has been updated with the new change. So whether you’re in the subway or are stuck in the elevator, Google Now will keep giving you all your desired information like a faithful digital assistant. 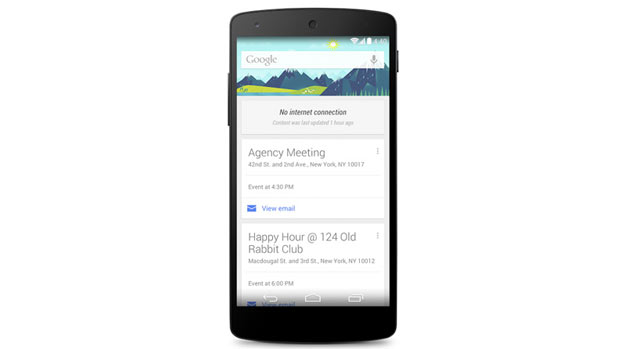 It was just a couple of days back that the service received another pretty big addition in the form a card aimed at telling you where you have parked your car. Apart from that, Now can also manage custom nicknames so that you’re voice commands become much more simpler.

The service has come a long way since its introduction back in 2012 when it came out as one of the highlights of the Jelly Bean OS. Last year in April, it made its way to the iOS while earlier this year, Google Now made its debut on desktop with a version specially built for Chrome.

You can update the Search app in order to received offline support on your Google Now cards.