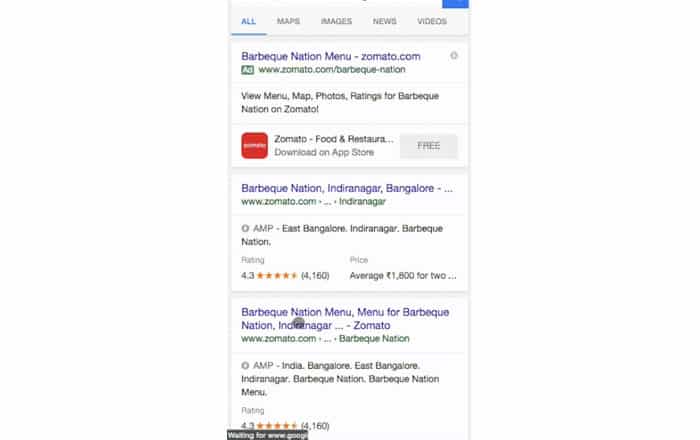 Google Search has just gotten two major new features with an eye on making itself more useful to people. The first concerns the company’s Accelerated Mobile Pages (AMP) project, while the second focuses on fact-checking the news.

AMP basically loads pages faster than usual, with Google claiming websites which support the feature load in less than a second and consume 10 times less data than normal sites. Pages which support the tool sport a lightning bolt symbol in search results.

AMP’s been around for about a year now and Google is highlighting that fact by expanding its reach beyond the news. It was initially restricted to the Top Stories section of Google Search. It can now support any link in the results page in various markets such as Europe and India.

Google stresses that AMP doesn’t affect the answers users get for their queries. Some of the sites which are compatible with the tool are Zomato, eBay, Pinterest, Reddit, Wordpress, and Aaj Tak. Publications like the Washington Post have apparently seen a 23% rise in mobile search consumers who return within 7 days and an 88% gain in load time for AMP content over regular mobile web.

The second addition focuses on sniffing out the truth in reporting. Google is now rolling out a Fact Check tag in Google News. The platform already has several labels such as In-Depth and Opinion. The new one is meant to make it easier to suss out the facts in large news stories.

Users will be able to see the tagged articles when they expand the story box in Google News’ desktop avatar. It’ll also be accessible in the Google News and Weather iOS and Android apps. The add-on will hit the US and UK first.