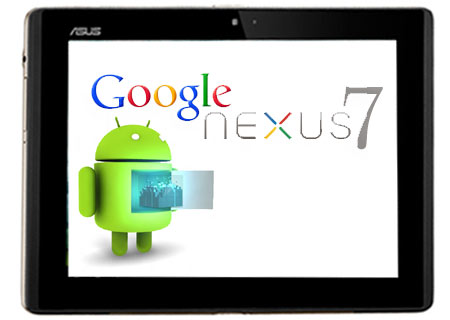 The much awaited Google Nexus 7 tablet that’s expected to launch sometime next month seems to be dropping off a few hardware components to meet the $149 to $199 price range. Now, we already know that the Mountain View-based search giant was going to make a few changes to the device. According to the latest word on the street, the slate in question should arrive sans a rear-facing snapper and 3G connectivity.

While CNET points out that the device isn’t likely to arrive with 3G support, a report by DigiTimes states that the tablet could make its debut with no main camera in possession. However, it should employ a low resolution front-facing one for video calling needs that’s probably going to be over Wi-Fi only. For refresher’s sake, the Google – Asus co-developed slate is speculated to arrive equipped with a quad core Tegra 3 processor running on the upcoming version of the Android platform dubbed Jelly Bean.

So is it possible for Google to develop a tablet that’s powerful enough to put the iPad and Kindle Fire to shame with its combination of high-end components and a low price bracket? Well, the likelihood of this happening is quite certain. Nvidia is also in line for introducing a device codenamed Kai, with its Tegra 3 SOC on-board flaunting a price tag of just about $199. They’ve even publicly announced these plans.

All cards point out to the Google I/O event that’s scheduled to take place on June 27, 2012, in San Francisco, as a likely launch platform for the Google Nexus 7 tablet. And as previously noted, the device should come affixed with a $149 to $199 price tag.