It’s not Black Friday yet, but Best Buy, Newegg and Amazon it seems are getting into the mood early on, even as they’ve knocked significant amounts off the prices Google Nexus 7 (2013) prices. The pure Android tablet is being sold by the retailers at as low as $200 in its 16GB form and at $240 in its 32GB form. 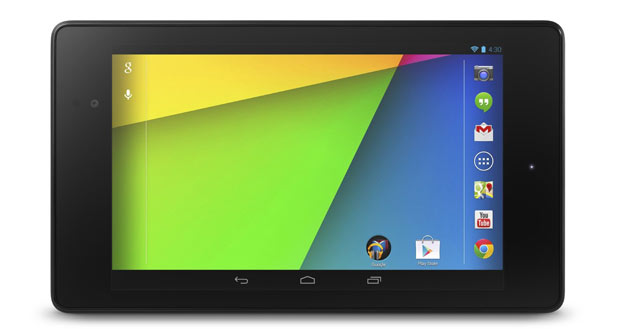 Newegg on the other hand, has the 16GB Google Nexus 7 tablet listed at its original price, but has slashed $10 off the MRP of the 32GB version. Released in July this year, the second-generation pure Android slate from Google and Asus is one of the hottest tablets out in the market right now.

It is highlighted by a 7-inch 1920 × 1200 pixel display that’s covered by scratch-resistant Corning glass. Unlike its predecessor, the 2013 model of the Nexus 7 bears on it a dual camera setup consisting of a 5MP rear snapper and a 1.2MP front one.

Taking care of its operations is a quad core Qualcomm Snapdragon S4 Pro processor clocked at 1.5GHz which is given assistance in the task by 2GB worth of RAM. It runs the vanilla version of Android 4.3, but a KitKat update has already started rolling out for it.