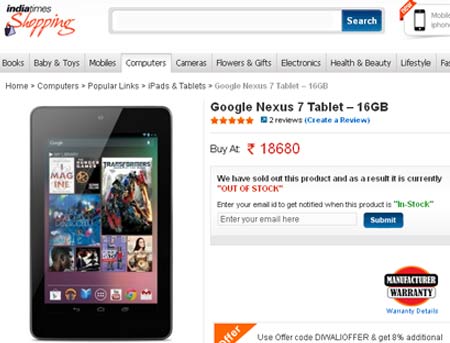 The price for Google Nexus 7 in India has been revealed as it officially made its debut in the country. Although the slate’s newer version with Android 4.2 and 32GB internal storage has already been introduced, the device that has come to India continues to run on the Jelly Bean 4.1 platform.

Although the guys over at NDTV Gadgets report that the 7-inch slab will be available, they aren’t sure if the company is bringing the 8GB variant or the 16GB one. The imported version of the device has been up for sale for quite some time through a couple of online retailers like Tradus and HomeShop 18, but it has officially come to the country only now. Also, Indiatimes has listed the tab’s 8GB and 16GB versions which were out of stock, when we last checked. 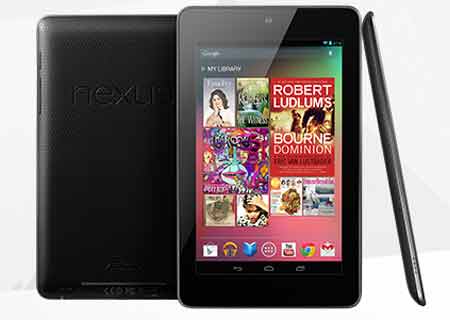 The Nexus 7 has been fitted with a capacitive backlit IPS touchscreen spanning 7 inches which can render high definition visuals in 1280 x 800p resolution with pixel density of 216ppi. A Corning Gorilla Glass film on top of the screen works towards keeping scratches at bay. In order to cut down on cost, both Asus and Google decided to do away with its primary camera. So, the tablet only comes with a 1.2MP front-facing webcam, which can be used for capturing images and videos and engaging in face-to-face web conferencing.

As for the internal system, the device is the proud owner of the Nvidia Tegra 3 4-Plus-1 quad core processor with a fifth battery-saving core which keeps its power usage in check. It teams up with 1GB of RAM to deliver an improved gaming experience as well as smooth multitasking and navigation on the move. A 4325mAh battery is responsible for coughing up the juice for web browsing time of about 10 hours on a single charge. 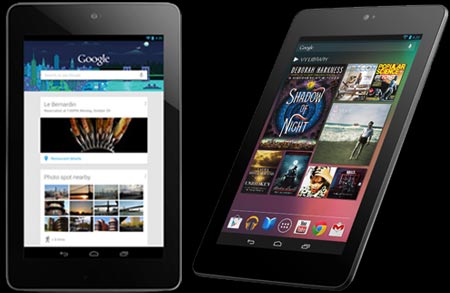 Specifications of the Asus slate: