The Google Nexus 7 price and release date details have been officially unveiled by the Mountain View-based search giant at the I/O event. Along with the aforementioned tablet, Google also announced the Nexus Q media player that can be pre-ordered via Google Play.

By the looks of it, the company plans on going head on with the 7-inch Kindle Fire by offering better specs within a more revised price bracket. The Android 4.1-powered device indeed comes equipped with a quad core Tegra 3 processor, although its clock speeds of 1.3GHz are still not confirmed. Accompanying the SOC are 1GB of RAM and a 7-inch backlit IPS HD display proffering a scratch-resistant Corning Glass coating, a 216ppi pixel density and resolutions of 1280 x 800p.

Built around dimensions of 198.5mm x 120mm x 10.45mm, the tablet weighs just about 340 grams and incorporates various features such as Wi-Fi 802.11 b/g/n, Bluetooth, NFC, GPS and much more. A 1.2MP front-facing camera takes its place as the only snapper on the device, while a 4325mAh battery provides the juice needed to power up all aforementioned components. The tablet is capable of delivering up to 8 hours of activity.

The portable Nexus Q packs in the ‘power’ of Android ICS and Google Play to deliver music and video content. Said to be the first-ever social streaming gadget, it can be fully controlled by a smartphone or tablet running on Google’s mobile OS. Additionally, users will be able to conveniently plug it into a speaker system and TV. On the specifications front, the device employs an OMAP4460 dual core ARM Cortex A9 CPU and the SGX540 graphics module along with 1GB LPDDR RAM and 16GB NAND flash memory. 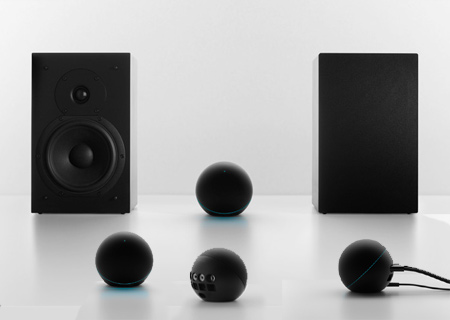 The Google Nexus 7 price and release date details read as $199 for the 8GB version or $249 for the 16GB variant, while the tablet can be pre-ordered through Google Play and it’s expected to ship in the next 2 to 3 weeks. The Nexus Q media player is up for grabs at $299 and the Galaxy Nexus HSPA+ smartphone that’s soon to receive a taste of the Android Jelly Bean platform, has dropped its price from $399 to $349.