Google Nexus 7 gets the iFixit teardown treatment, we take a closer look inside 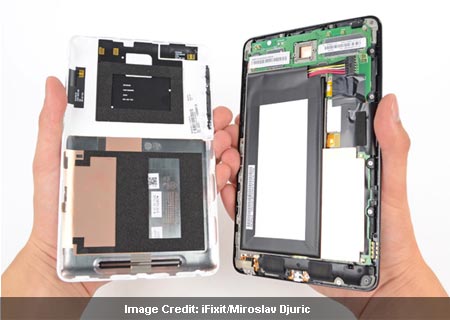 The Google Nexus 7, the Mountain View giant’s very own Android tablet, made its big appearance at the company’s I/O keynote last month and the guys over at iFixit seemed to have spared no time in performing a full-scale teardown operation on it. We’re quite eager to find out what the acclaimed ‘Kindle Fire killer’ has in its arsenal of hardware.

Before we go on and describe the entire teardown process, here’s a quick look at the specs sheet for a little refresher. A quad core Tegra 3 processor takes its place for carrying out all the heavy lifting, while 1GB of RAM provides the much needed helping hand for multitasking. A 1280 x 800 pixel back-lit IPS display stretching up to 7 inches diagonally is placed on the front portraying a pixel density of 216ppi. And being the company’s flagship Android tablet, it runs on the Jelly Bean platform. 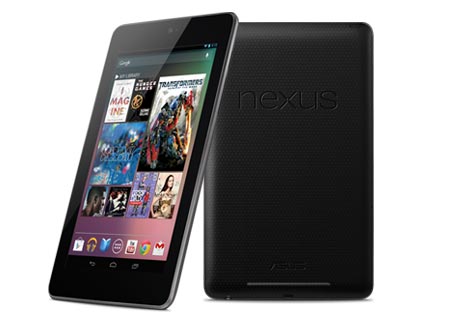 Measuring 10.45mm thick, the tablet is said to be easy to open with help from a few tools, like cutting through butter says the report. The front assembly plays house to a big battery that’s a 4325mAh one according to the specifications sheet. Additionally, the only components which stick out of the edges are a micro-USB port and a 3.5mm headphone jack. Co-branded with Asus, Google has fitted in various components from different manufacturers. Here are some worth a mention – the 7-inch, 1280 x 800p HD display comes by Hydis, while the memory and RAM are courtesy of Kingston and Hynix, respectively.

After the end of the obliteration carried out on the Google Nexus 7, the device was awarded a 7 out of 10 ‘Repairability Score,’ which is lower compared to the 8 out of 10 achieved by the Kindle Fire.