Google has finally made Android 5.1 Lollipop official and while a few older Nexus devices have already been treated to the new OS, the latest models are yet to be given the same treatment. Well, it looks like it will not be a long wait as the Nexus 6 flagship is said to start receiving the new OS from today.

Google hasn’t revealed this information, but it does come from an official source. Android Police is reporting that Sprint has updated the phone’s support page with a new firmware carrying build number LMY47D. The post clearly notes that Android 5.1 will be included and the release date is March 11. Impatient Nexus 6 owners should rest easy now and of course, since the Sprint model will be getting it, other carrier variants and even the unlocked versions will definitely see the update arrive today itself. 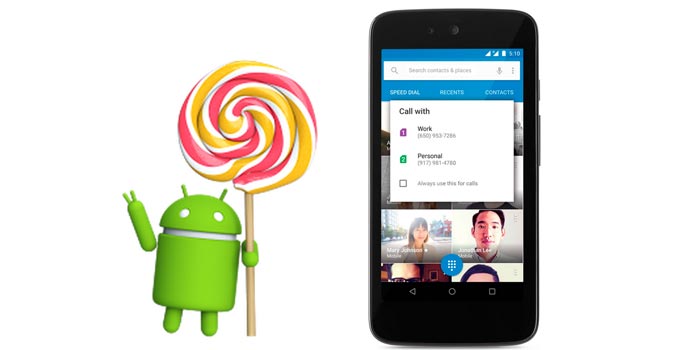 On the downside, software update timeframes from carriers have proven to be inaccurate multiple times already, so we wouldn’t get too happy about this news. And if Sprint is wrong, it’ll only be a question of days before Google rolls out Android 5.1 Lollipop to the new Nexus series.

The platform is a small update to the current Lollipop, but tags along a lot of new features. Android now natively supports the use of more than one SIM card and there’s beefed up device protection where you can lock your phone to prevent thieves from accessing it even if it’s reset to factory settings. Then there’s HD voice calling support along with other enhancements.

Google Nexus 6 specs at a glance:

You’ll automatically be notified of the Android 5.1 Lollipop update for the Google Nexus 6 as it’ll be seeded over the air.