Google Nexus 5 is similar to iPhone 5S spec-wise, may start shipping this month

So if you are eagerly anticipating the launch of the Google Nexus 5, you won’t have to wait for all that long as a new set of reports says it will hit store shelves by the end of October itself. But that’s certainly not all. It has come to light that the internal specifications of the next-generation Google’s flagship are very much like those of the iPhone 5S.

Sources close to the search engine giant have revealed this piece of news to the guys over at TechRadar. Apart from this, the website has been informed that it will cost about half the price of the iPhone 5S, in spite of the fact that it is pretty similar to the Apple gadget in terms of specifications. 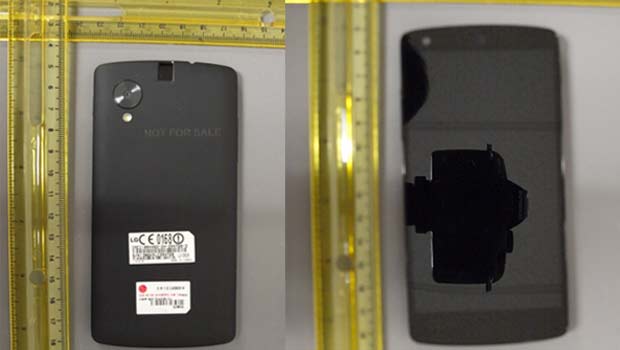 Although the sources were referring to the device’s arrival in the UK, it is believed that its global launch will be around the same time. While we know that the internal components of the Nexus 5 are going to be on par with that of the latest iPhone, we are not sure exactly what the former will cram inside.

Apparently, you can expect it to have a fingerprint sensor in addition to the face recognition function which was already present in the Nexus 4. We are keeping our fingers crossed for more internal storage as the Nexus 5 still doesn’t seem to have an expansion slot on it. A 64GB variant of the smartphone in question will be a welcome addition for sure and so will a 64-bit processor that will require at least 3GB of RAM.

Considering that the Google Nexus 5 is likely to cost half as much as the iPhone 5S, you may have to shell out £275 for it.