While we already know that Google will launch the Nexus 5 in India soon and for how much, a release date is all that was missing. Well, a listing on online retailer Snapdeal has disclosed this information suggesting that the flagship Android smartphone will arrive during the fourth week of November.

The Nexus 5 is the first smartphone to run on Android 4.4 KitKat and it went official earlier this month. The device is already listed on the Play store in India for Rs 28,999 with 16GB and Rs 32,999 with 32GB, while Snapdeal is only offering the 16GB model for now. Also, you will be able to pick up the handset on EMI basis of 3 months to 12 months. 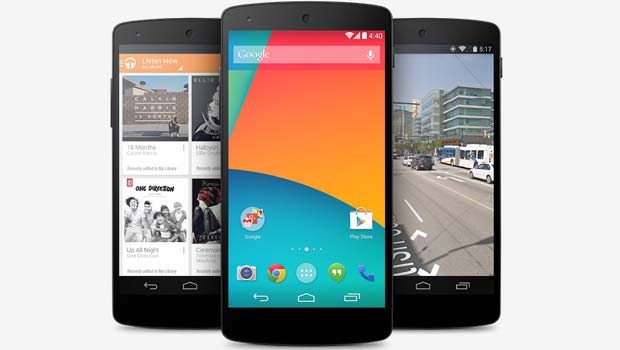 Like its predecessor, this smartphone is also manufactured by LG. It comes with a better display, a powerful processor and an upgraded camera that now supports OIS. Apart from the Nexus 5, Google will also launch the new Nexus 7 tablet. So far, we can confirm that the 32GB LTE model will go on sale for Rs 26,000. Last year’s 10-inch model might also make its debut, a year after its launch, for Rs 29,999 with 16GB.

Key specifications of the Nexus 5:

Snapdeal is currently offering the black Nexus 5 for pre-order at Rs 999. You can reserve a unit by clicking here. Also, Flipkart has listed the handset in 16GB and 32GB choices, but has provided no other details apart from a ‘coming soon’ label.