Google Nexus 5 delayed, coming on November 1 in black and white

All those who had marked October 28 as the Google Nexus 5 phone’s release date on their calendars, will be a little disappointed to know that the launch has been delayed. But the good news is that it will be unveiled this week itself, on November 1 to be precise.

Our trusted source, @evleaks has tweeted the release date along with press renders of the Nexus 5 in shades of white and black. However, it should be noted that neither Google, nor LG has let out details regarding the phone’s impending arrival. Considering that the search engine giant had ‘mistakenly’ put up the product page of the handset on the Play store, we believe it is ready to go official pretty soon. 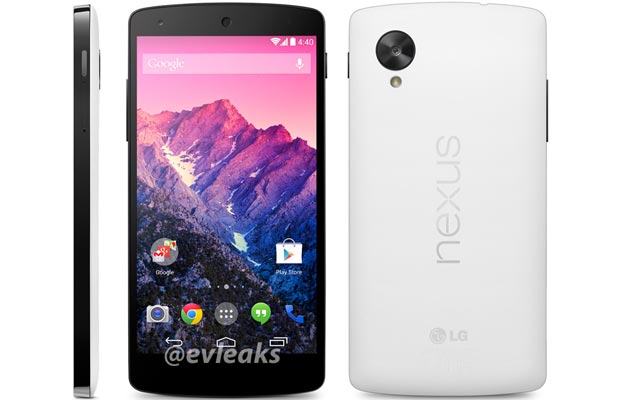 As we already know, the next-generation Nexus gadget will mark the debut of KitKat 4.4. So it goes without saying that the new iteration of the Android OS will be released along with the phone on the said date. And the LTE version of the Nexus 4 has been leaked as well and could be gearing up to share the spotlight with the upcoming handset and the mobile platform. 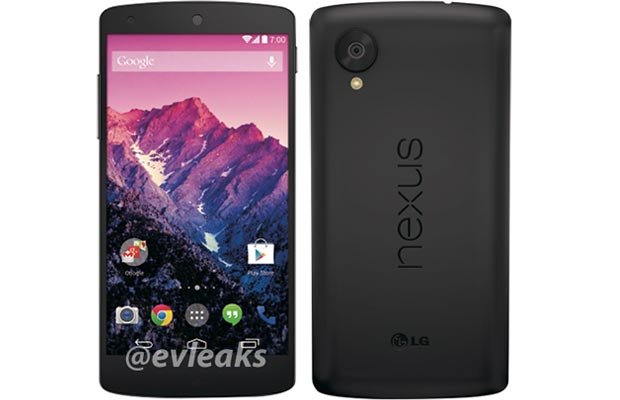 Here’s a list of the rumored specifications of the Google Nexus 5:

We haven’t received an official confirmation regarding the Google Nexus 5’s release date, so we urge you to take this piece of information with a massive grain of salt. As soon as we come across something else about the much-awaited smartphone, we will let you know.