Google Nexus 5 to be $100 dearer to T-Mobile loyalists

We haven’t yet been told the reason for it, but T-Mobile’s announcement of selling the upcoming Google Nexus 5 has come as a bit of surprise, for the carrier will be dishing out the device at a price which is $100 more than its Play Store cost. The phone is set to arrive online on November 14, whereas it will be made available through T-Mobile retail stores and select dealers from November 20 onward.

Those who wish to purchase the Google Nexus 5 will need to produce $41.99 upfront, and keep paying 24 monthly device payments of $17. That brings the total to $449.99, while the handset can be procured via the Play store for $349.

The Android 4.4 KitKit-equipped gadget was released by Google on October 31, as the flagship device for the said OS version which brings a host of new features. A highlight among them is the fact that it can run smoothly even on devices containing 512MB worth of RAM.

The Google Nexus 5 boasts of a 1080p HD screen which occupies 4.95 inches worth of space on its front surface. This LG-built handset is based on the G2 smartphone, and hence, carries onboard a Snapdragon 800 SoC offering a 2.28GHz CPU and Adreno 330 graphics, apart from 2GB of RAM. 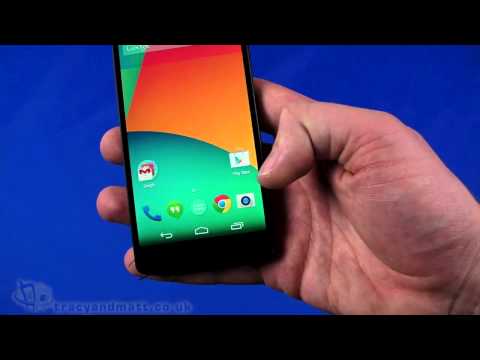 An 8MP camera with OIS has made its way onto the Nexus 5, while a 1.3MP front snapper is also included in its specifications. It is powered by a 2300mAh battery that’s capable of responding to wireless charging pads.

Like we said, the Google Nexus 5 will be doled out by T-Mobile on November 14 and November 20 through online and retail outlets, respectively.