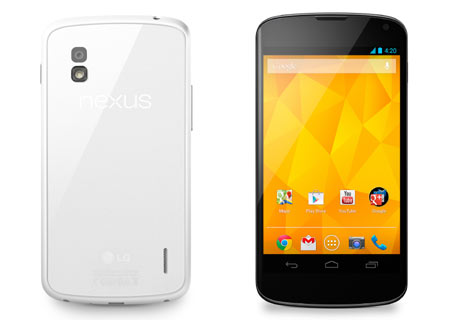 LG has finally gone on the record about the existence of the Google Nexus 4 white version which was leaked and speculated numerous times before. And the company has even disclosed that the smartphone will come bearing the same features the original variant was launched with back in 2012.

Back in November, UK carrier TalkTalk accidently put up a listing for the smartphone in question along with a December 13 launch. Well, that soon turned out to be an error from the provider’s side, but all wasn’t lost as the device recently made an appearance in the flesh. Around 10 days back, the phone was leaked and a report claimed that it would be available for purchase through the Play store in the US on June 10 with Android 4.3. 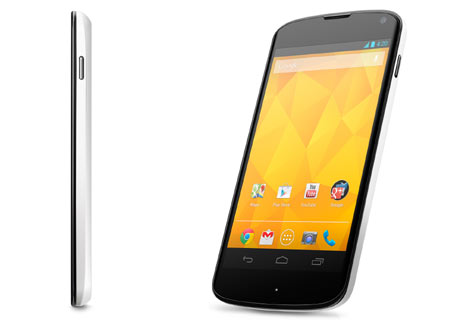 The South Korean conglomerate, however, asserts that the handset will be accompanied by the current 4.2.2 OS. On the bright side, if the search giant does unveil a new mobile platform in the coming weeks, it’s sure to land first on the smartphone before others in the series. Preloaded on the handset are various Google services including Now and Photosphere.

Drenched in white, the phone has the same textured design on the rear which houses the 8MP camera. The display sitting pretty on the front spans 4.7 inches wide and features a 1280 x 768p True HD IPS Plus panel with the Zerogap Touch technology, 320ppi pixel density and Corning Gorilla Glass 2. A 1.5GHz quad core Krait processor is tucked away on the inside along with 1GB of RAM, 8GB or 16GB of storage and a 2,100mAh battery.

Where a price for the Google Nexus 4 white is concerned, it will be available for the same retail amount as the original. The device’s release date in Hong Kong is scheduled for tomorrow followed by various locations around the globe like Asia, North America, Europe and the Middle East. Roll-out in these places is expected to commence over the next several weeks.