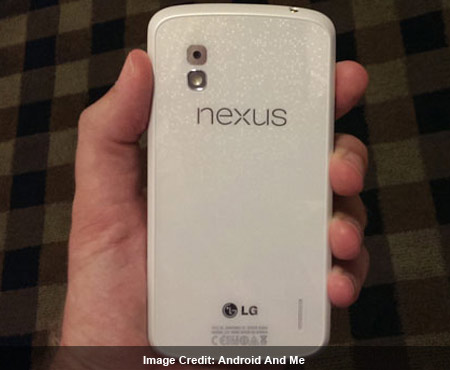 The white Google Nexus 4 release date seems to have been leaked out along with that of the Android 4.3 platform. Those who have been anticipating the whitewashed variant as well as the new iteration of the OS will not have to wait for long as the launch will most likely take place on June 10, that’s less than a month from now.

What needs to be noted is that the phone in question itself will be tweaked with the latest OS, reports the guys over at AndroidAndMe. The recently concluded I/O was expected to bring the platform, but according to the sources of the aforementioned website, the Mountain View-based company wanted to make it clear that they can launch software updates and APIs without upgrading the firmware. 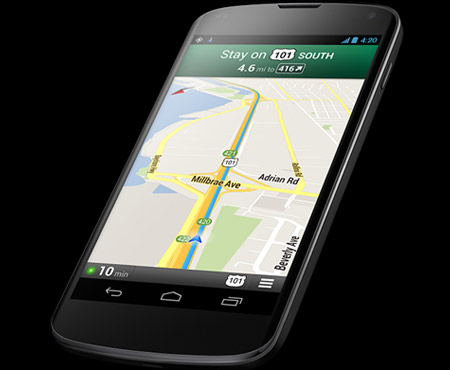 As far as the features of the version 4.3 are concerned, we are absolutely clueless about what it has in store for us. But the grapevine is abuzz with speculations suggesting that the platform will tag along support for Bluetooth Smart and even OpenGL ES 3.0. The developer API level may increase to version 18 with this update.

Take a look at the device’s specifications to refresh memories. The black version based on Jelly Bean 4.2, operates with the assistance of a quad core Qualcomm Snapdragon S4 Pro processor ticking at 1.5GHz. Integrated with Adreno 320 GPU, it displays clear visuals by means of a 4.7-inch HD IPS touchscreen of 1280 x 768p resolution.

The device’s front is coated with Corning Gorilla Glass 2 and it employs a 1.3MP webcam to facilitate video conferencing. Another 8MP camera sits on the back and allows users to take decent-quality images and videos. It has 2GB of RAM and comes in variants with either 8GB or 16GB onboard memory. All of these things have been crammed in to a chassis measuring 133.9 x 68.7 x 9.1 millimeters, which tips the scales at merely 139 grams. 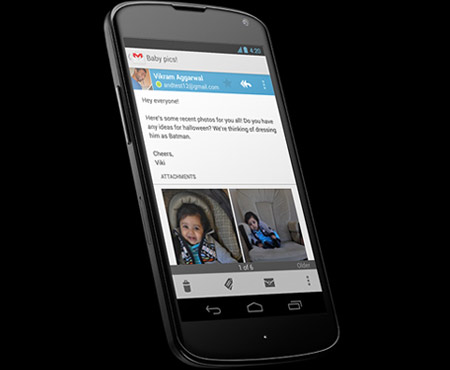 Although nothing has been specified by the search engine giant as yet, we are pinning our hopes on the release of the Android 4.3-powered white Google Nexus 4. All the devices manufactured in collaboration with this company will be the first ones to receive the update and it will then be rolled out to other gadgets.