All those of you who decided not to go for the LG Google Nexus 4 all those months ago owing to the lack of LTE support, are in for a surprise. The device’s LTE version is expected to hit the market along with the much-awaited Nexus 5.

No, the concerned companies have not divulged anything about the Nexus 4, but the folks at Engadget spotted a Bluetooth SIG listing that clearly mentions a device codenamed LG-E960. It reveals nothing else about the phone though and we are yet to hear something about its availability details. But we are expecting Google and LG to release the LTE version along with the Nexus 5 on October 28 that apparently is the launch date of the new gadget and the Android KitKat platform. 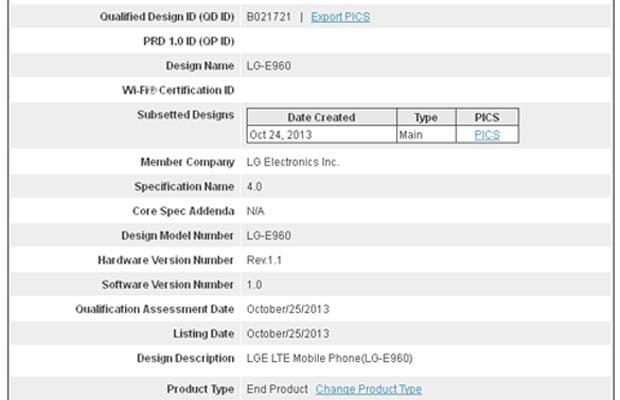 Except for activating the LTE radios within the Nexus 4, Google is not likely to introduce any other changes for the fourth generation gadget. Thus, it should employ a 4.7-inch WXGA IPS touchscreen of 1280 x 768p resolution with Corning Gorilla Glass 2, an 8MP rear camera and a 1.3MP webcam. The smartphone tags along either 8GB or 16GB onboard memory.

A Qualcomm Snapdragon S4 Pro processor may continue to be integrated within the handset along with 2GB of RAM for smooth multitasking and navigation purposes. The original Nexus 4 rocks Android Jelly Bean 4.2 OS, but Google may very well decide to upgrade the newer variant to either Jelly Bean 4.3 or KitKat. 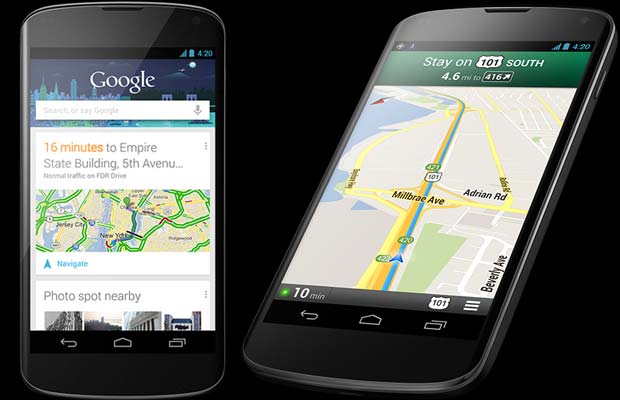 We are yet to receive an official confirmation regarding the Google Nexus 4 LTE version or even Nexus 5.

Purported specifications of the Nexus 5: