Google Nexus 10 specifications leaked, another surprise goes down the drain 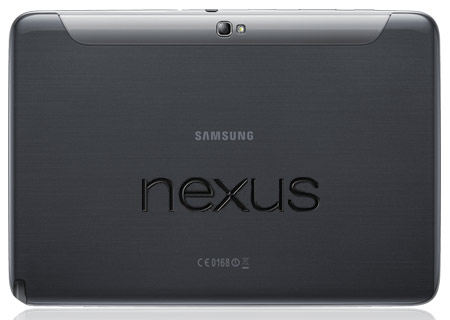 It not like we’re unhappy that the specifications and various other details of the Google Nexus 10 tablet have been leaked out, but there’s going to be one less surprise for October 29. The existence of the slate in question has been speculated for quite some time now and if this rumor holds true, the Samsung-made device could be the second in the upcoming Nexus lineup to get exposed online.

Now before we go on to spill the beans on what features this 10-inch slate packs in, a report from BGR based on details provided by BriefMobile, states that the device indeed runs on the Android 4.2 platform. What’s interesting here is that the OS is said to retain the Jelly Bean moniker, Key Lime Pie will have to wait until next year. The latest firmware will bring in various improvements including a quick access bar.

Previous rumors have already touted that the device will carry a display resolution of 2560 x 1600 pixels which is superior to that of the Retina-equipped iPad. The Super AMOLED touch panel employed here will supposedly span 10.1 inches diagonally and carry a pixel density of 298.9ppi. Tucked away within its form factor is a dual core ARM A15-based Exynos 5250 processor clocked at 1.7GHz, which is the same CPU deployed with the latest Chromebook. Other components include 2GB of RAM, 16GB of flash storage, front-facing speakers like in the Note 10.1, a front-facing as well as rear-facing camera and NFC.

Whether or not this Google Nexus 10 leak is authentic, October 29 will be the judge of that. The Mountain View giant will also be launching a host of other Nexus device on the said date.