Google Moto X specifications trickle out, may have 10MP camera in tow 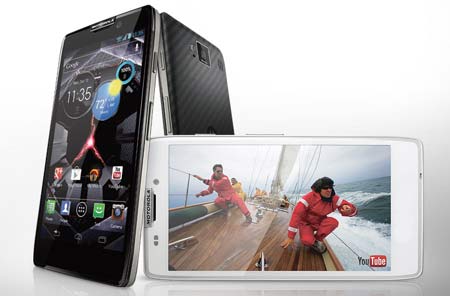 The Google Moto X has been the subject of curiosity for a while now and we are pretty sure that its rumors will continue flowing in until it pops up in flesh. According to the company’s CEO, Dennis Woodside, the device will make its appearance anytime before October this year. At present, we have a flurry of the phone’s specifications that more or less refute every assumption that was made in the past concerning this smartphone by Google.

If three months ago someone asked us what the Google Moto X would be known for, we’d speak about the 2GHz Snapdragon 800 processor from Qualcomm which was believed to be the driving force behind the gadget. As of today, the same device is on the radar for supposedly bearing a dual core Snapdragon S4 Pro MSM8960 chipset with a clock speed of 1.7GHz.

As opposed to earlier speculations of it being pre-loaded with Key Lime Pie which is also said to make its debut in October, the most recent information cites the Google Moto X to act as a host to Android 4.2.2 instead. Since these details have been pushed to the fore by @evleaks, it is most likely for them to be proven legit. This is also why we are skeptical about relying on previous estimations of the handset flaunting a 4.8-inch 720p screen and a 4,000mAh battery.

Additionally, the Twitter account has revealed that the Google Moto X will serve as a crust to 2GB of RAM and it should emerge with an onboard hoarding capacity of 16GB. If the grapevine is to be believed, a 10MP primary camera ought to exist on the device’s back panel, accompanied by a 2MP lens on the front.

This is the furthest we could get in terms of the components expected to be offered by the Moto X. With four months outlined as the launch window, we doubt the smartphone’s price and release date will be revealed anytime soon.

In the meantime, let’s take a look at the handset’s rumored specifications: