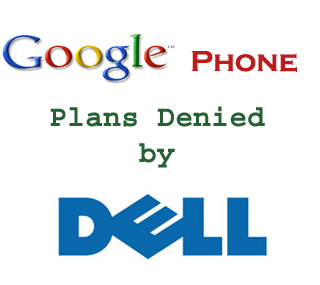 There are rumors doing the rounds of the internet stating that internet giant Google is currently working with Dell to develop the very first Android-powered mobile phones, bringing the topic of the Gphone under the spotlight once again.

The speculation went as far as to state that Dell and Google could unveil the device at the Mobile World Congress (formerly known as 3GSM) in Barcelona scheduled to be held 11-14 February, 2008.

However, while most news sites and blogs have reported about this bit of news, PCMagazine has done its bit of research and proven the rumors false. When the site’s Sascha Segan got in touch with Dell spokes Anne Camden, the latter flatly refused the possibility of any phone launch from the American computer-hardware company.

Though all these rumors have been nullified as of now, it did make a believable piece of news. And who knows, Dell could someday step into the handset sectorespecially keeping in mind that the last tryst that the company had with the PDA market didn’t prove as successful and it may be urging to get back to prove its worth and versatility.