So the Nexus 8 may land up being a Nexus 9 based on a previous report and Google may have just given us a look at the tablet. The supposed slate has been spotted in a promotional image which has been used to showcase the search giant’s new Material Design approach which aims to deliver ‘unified experience across platforms and device sizes.’

Spotted by Pocket Now, the image shows a laptop to the left which is obviously the Chromebook Pixel, the Nexus 5 smartphone on the right and a mystery tablet at the center. The device is clearly too large to be the Nexus 7 and it’s not big enough to be the Nexus 10. Our best guess here is that the slate is the Nexus 9 tablet which is reportedly being developed by HTC under the Volantis codename. 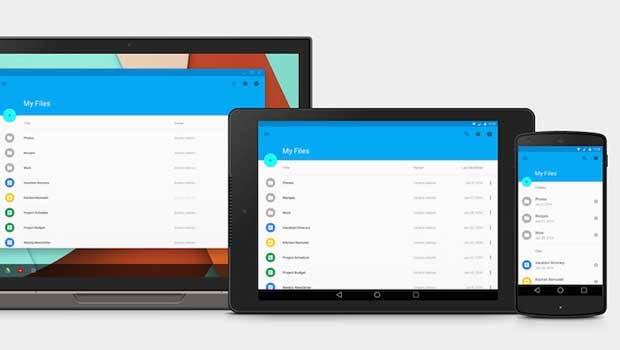 Design-wise, it slate looks to be around the rumored 8.9 inches wide and the display also appears to have a 4:3 aspect ratio. A speaker grille is even visible on the left side, which means that HTC’s BoomSound audio could be onboard. What’s for certain is that it looks nothing like the previously leaked image which we’ve already asserted to be a fake.

Here are the recently leaked specs of the Nexus 9:

As expected, there was no sign of the Nexus 9 at Google I/O and since the company prefers launching new versions of Android with new hardware, we could see the tablet make its debut this fall along with Android L.