The possibility of the next Nexus smartphone coming out of LG’s foundries is pretty strong, given the latest development. A device codenamed N000 is apparently being worked upon by the two companies, but details about the actual gadget are not available at the moment.

Google has announced that this year’s I/O conference will take place in May, and that’s where we’re expected to see the next version of its Android OS. Since Nexus phones are usually meant to provide the optimal hardware to run the latest software, the next such handset will most definitely be released this year. 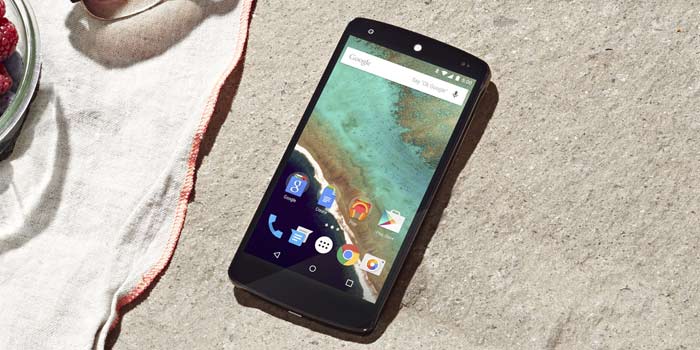 According to GSM Arena, a Korean website named eToday has reported that the folks at Google who are responsible for Android recently paid a visit to LG’s display and research facilities in the country. They moreover, were even reported to have taken a trip through the company’s charging parts and OIS departments.

If LG indeed comes up with a Nexus smartphone, this will be the third such device from the company as it was already the manufacturer of the Nexus 4 and the Nexus 5 (pictured above). With sales of the Nexus 6 not going as Google had projected, it makes sense for the search giant to go back to the company that gave it the two most successful Nexus handsets ever.

The question that remains unanswered however, is amongst all this, where does Huawei come in. A strong rumor had recently told us that Google has chosen the Chinese company to be the manufacturer of a new Nexus product. There is hence a possibility that we’ll be getting to see two such smartphones this year, with one among them maybe falling in the affordable category.

This is just the start of the Nexus rumor mill, and we’re sure there’ll be more interesting tidbits to share in the months to come; so stay tuned.