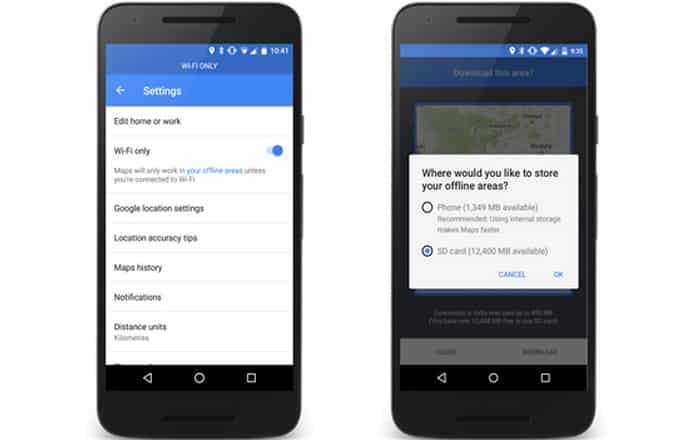 Talk about a new Wi-Fi only mode in Google Maps has just turned to fact, with the brand finally choosing to make the feature official. The tool is only accessible by Android users as of now and will probably be rolled out to iOS patrons sometime soon.

The Wi-Fi only mode is meant to benefit people who face spotty connectivity issues and want to save up on data and battery life. To activate it, all a user has to do is head to the Google Maps Menu followed by Settings. The new alternative will be present within that window as an option.

Once the Wi-Fi only mode has been switched on, Google claims that the app will work completely offline. However, a previous report had alleged that a small amount of data could get consumed, though it would be on a much smaller scale than before.

Google’s Wi-Fi only mode doesn’t affect other apps, so users can access cellular data in other applications like they normally would. Moreover, the only way for them to get traffic updates while in the mode would be to switch it off or find the nearest Wi-Fi hotspot.

Other than the new Wi-Fi feature, individuals will also be able to store offline maps to their SD card now. A number of people have a limited amount of space in their phone’s internal storage. The new option should come as welcome news to them since they can choose to save their maps to their external card instead of being forced to sacrifice the limited space they have available.

Users can start utilizing the option by tapping on Menu, Offline areas, Settings, Storage preferences, Device, and finally SD card. The updated Google Maps is now live and can be downloaded via the Play Store.