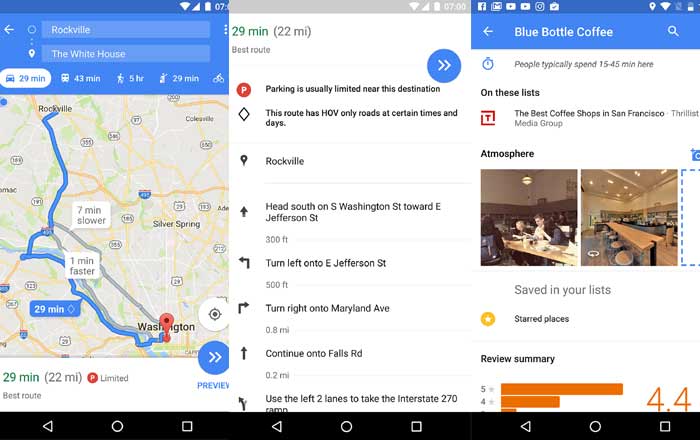 Google Maps has just gotten a major upgrade which adds two new features to make your journeys more convenient. The changes can only be found in the beta avatar of the Android app as of now.

Google Maps version 9.44 beta brings with it a parking availability feature that tells you just how crowded the place you’re headed to is when it comes to finding a spot for your car. As per Android Police, it was first spotted all the way back in August 2016 and has been slowly making its way to testers since then.

Maps’ new parking tool basically serves as a preview for what to expect before you make a trip so you can plan accordingly. Google has divided the feature into 3 tiers namely Easy, Medium and Limited. It shows up next to your route duration estimate in the form of a small P icon which is blue or red depending on the degree of parking accessible.

Information about the parking situation becomes more descriptive once you hit the road and expand directions. The source behind the leak says that the tool only appears for big public locations like malls and airports so far. It might get expanded to include more places in the future.

Moreover, parking detection seems to be restricted to the US for now. It’s unclear if other countries are able to access the ability as well. Other than warning you about the parking conditions at a certain spot, Maps version 9.44 beta also has a new Atmosphere section which contains photos of the place you’re visiting, focusing on the ambiance specifically.

You can download Google Maps beta via APK Mirror.