Both Android and iOS versions of the Google Maps app have today been blessed with a healthy set of new attributes that look to challenge the entry of Foursquare in the food recommendation department. With the Explore button within the apps, it is now easy to have a quick glance at what’s nearby.

That button will be painted in blue and will sit at the right corner of your map. Tapping it will display a whole variety of places and activities at that very location, so if you’re browsing for a particular area you’re supposed to visit over the weekend, you can plan your breakfast, lunch and dinner before even reaching there. 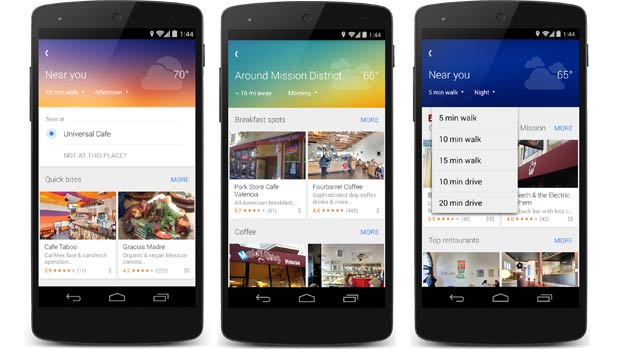 The fact that it’s a very cool feature most often mandates that it’s meant only for the US, and that’s exactly the case with Explore. But we’re hoping to see it being launched in other territories later on. Coming back to this new Google Maps addition, it has been revealed to be capable of many other exciting things as well.

For one, it’s adaptive just like Google Now, as it understands the time of the day while suggesting you places to visit. Moreover, you can exercise control over its offerings by defining what you mean by ‘nearby’ – a five-minute walk or a 20-minute drive for instance. 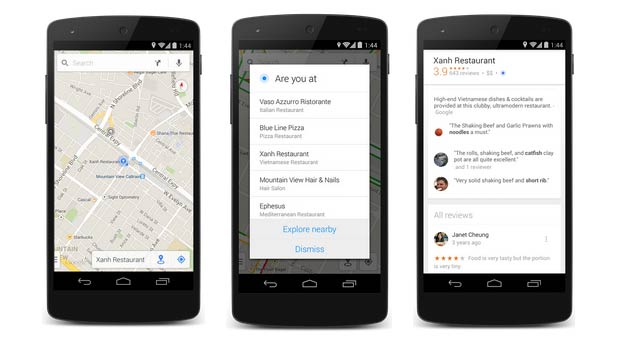 An additional attribute exclusive to Android devices is that you can browse more relevant information when you’ve arrived at a particular destination. This is done through a My Location button or via the blue dot on the map, and it can allow you to access added details such as restaurant reviews and transit schedules.

Like we said, the new Explore feature for Google Maps seems like a US-only deal at the moment. It’s being pushed as a server side update rather than an app update, so there’s no need to download anything.