Google Maps has been updated with a set of new features that will enable its users to find out distances between multiple places by plotting their routes on it. This applies to the desktop version the popular mapping and navigation service, even as its smartphone apps have been left out of this release.

Ardent users of Google Maps will know that this functionality was available on the service before through Google Labs. However, when the app was re-launched the ability to measure distance between set points was somehow not working. It is in preparation of this full-fledged rollout perhaps that such a decision was taken by Mountain View. 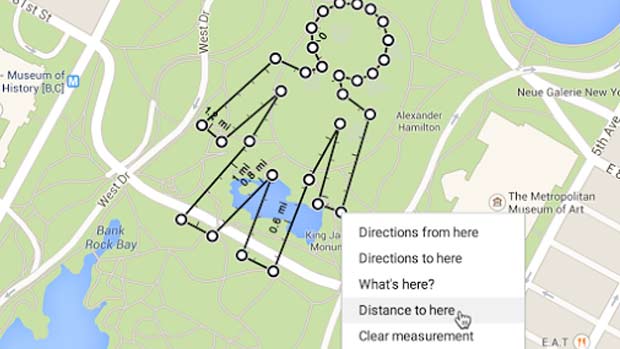 If you wish to access the new addition all you need to do is visit the desktop version of Google Maps and right click on a particular point to select the ‘Measure Distance’ option. This starts up the process and following that, the service will measure the distance from that particular point to the next point you click on. This will particularly be useful if you wish to plan specific routes which are not shown usually.

Also Read: New and improved Google Maps navigates itself towards a full release

It will be tremendously helpful if such a feature is introduced for the Android and iOS versions of the service, but nothing on this matter has been said by Google till now. Recently these applications too were blessed with a huge update which enabled them to showcase offline maps, new filters and more.

Google Maps keeps growing and growing and if you ask us, it is well ahead of its competitors like Apple Maps and Nokia Here in terms of functionality.