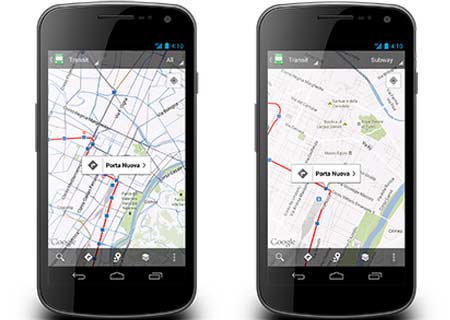 The Google Maps for Android application has been updated to version 6.10 which aims at providing users with enhanced transit information. Apart from this, the Mountain View giant has also carried out various improvements and even introduced a feature or two.

The company has basically modified its Transit Lines layer to deliver specific modes of public transportation. So unlike before where all mediums were clubbed together under a single roof, users will be able to select the mode desired after which the remaining are hidden from the map. This should benefit those residing or commuting in locations where several types of public transit are available.

“Since 2005, we’ve collaborated with hundreds of transit authorities around the world to make a comprehensive resource for millions of riders to find out which bus, train, subway or tram can take them to their next destination. Today, Google Maps has public transportation schedules for more than one million transit stops worldwide, in nearly 500 cities including New York, London, Tokyo and Sydney,” expressed Christopher Van Der Westhuizen, Software Engineer, Google Maps, through a post on the official Google blog. 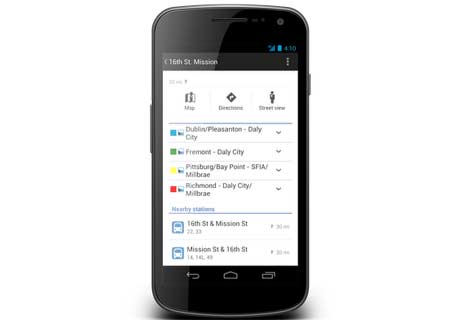 In addition to the aforementioned features, the company has thrown in new tabs for the My Places option. This apparently brings all information including saved maps and starred places under a single umbrella for quick access. And if Location History is enabled, users will be able to access previous regions through the improved dashboard. What’s more, the app now highlights the borders of any searched area or postal code.

The updated Google Maps for Android application is available for download through the Play store.