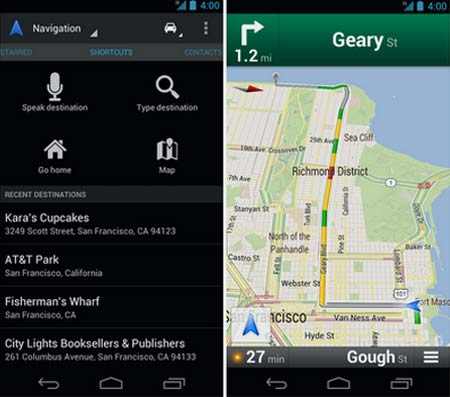 v6.5 update of Google Maps for Android has been rolled out with a redesigned look for users on the move. And the Navigation home screen on devices running the Android 4.0 platform has received a makeover of sorts, as well.

The face-lift has come to make entering or selecting destinations much easier than before. Choosing previous or favorite locations is now said to be convenient through simple gesture swipes. Other improvements featured in this update are the high resolution map tiles that have been optimized for handsets like the Galaxy S II, Galaxy Nexus, Droid Razr and various others. So users can now expect a more clear and neat maps layout for easy reading.

The upgraded application is said to give users the liberty to prioritize route options and transit modes. So either bus, subway or other options can be selected along with the recommended path or the one which involves the least walking distance, amongst other choices. With schedules and transit directions available for about 475 cities across the globe, travelers could seamlessly utilize the Maps app to get around town. 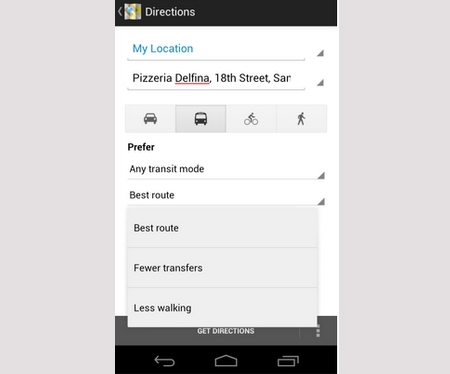 The Google Maps for Android update is now available for download through Google Play.