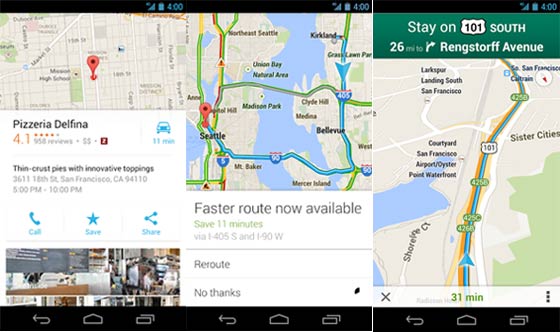 The newest Google Maps Android update is all set to infuse the utility with a refreshed design, and although its description has made its way to the Play store, it is still to start rolling out to users. All those employing version 4.0.3 of the OS and above, will be able to grab hold of its benefits soon, while others will need to make do with the old design for now it seems, as Google has not explained clearly what these users will be getting.

Back at the I/O 2013 event, these changes were announced for the first time by the search giant. With its focus aimed at a more personalized experience, the newest Google Maps Android update comes equipped with a number of features that find their way into both its smartphone and tablet variants.

Firstly, enhance navigation has been introduced through the Google Maps Android update, offering live traffic feeds, incident reports as well as dynamic rerouting. Moreover, there’s even a new way to browse and discover popular local places to eat, drink, shop, play and sleep. The upgrade is currently being described to be gradually rolling out to Android 4.0.3+ users, but it was not live for our devices at the time of publishing. 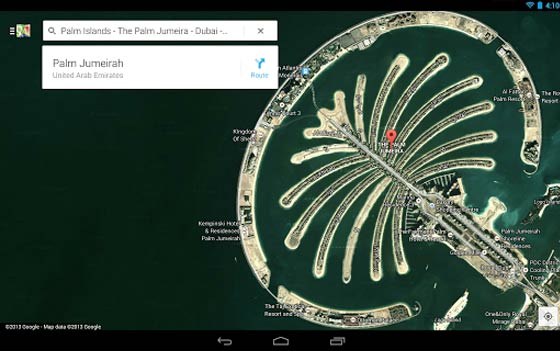 APK files of the Google Maps Android update however have popped up over the Internet, and can be grabbed now. The screenshots released by the search giant go on to visually describe how the new interface will work. The one showing navigation for instance bears a card reading ‘Faster route available.’ The new design of the app is much in line with its iOS version, and closer observation is needed to spot small differences between the two.

There’s no word out now as to when the Maps Android update will go live for everyone, but it should be noted that it is expected to be released soon through the Google Play store.