Accidentally or for teasing purposes, Mountain View has showcased through an image an icon that’s presumably named ‘Google Hands-Free.’ We use the word ‘presumably’ because as you can see in the image below, the app name is too long to be displayed fully and judging by the icon as well as past leaks, Hands-Free is the best bet on what the service will be called.

Through a blog post, Google decided to demonstrate the Search app’s ability to translate stuff from different languages. It also attached the post with a GIF image of how the functionality works. For a second or two in this GIF image, a never-before-seen icon with a steering wheel on it can be spotted. 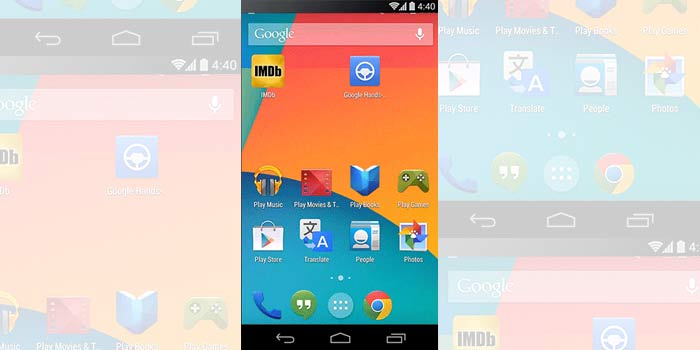 Whether Google put it there intentionally to tease an upcoming announcement or it simply didn’t notice it while preparing the GIF is something that’s open for debate, but our leanings are on the former possibility. Android Police has revealed that the Google Hands-Free functionality will be aimed at making it easier for you to access crucial smartphone functions while driving.

It will provide you with an easy-to-access interface consisting of one-touch actions, the ability for phones to read notifications aloud and a hand-waving gesture to wake up the device. Apart from that, you will also notice in the image a dogfood Photos icon which could mean that some new features are on their way to this app as well.

Google Hands-Free sounds like a cool and useful functionality and it could be pretty identical to the Moto X’s Assist feature. We’ll have more on it when additional details are out.