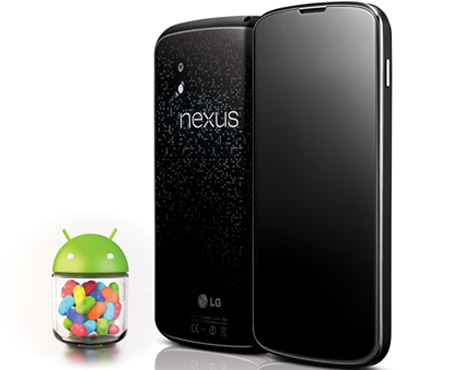 The Google LG Nexus 4 release date and price details have finally been announced in order to put an end to all speculations surrounding the Android device. And as was expected, the phone arrives with Jelly Bean v4.2 and a quad core processor in tow.

A Corning Gorilla Glass 2-reinforced 4.7-inch WXGA True HD IPS Plus multi-touch screen powered by Zerogap Touch technology delivers 1280 x 768p resolution visuals at 320ppi. Along with the display, the front panel houses a 1.3MP HD webcam for video calling purposes, while the flip side sports an 8MP camera which teams up with Photo Sphere to capture high quality pictures.

The Jelly Bean-based Nexus 4 hides the Qualcomm Snapdragon S4 Pro chipset with Krait cores, capable of clocking in a speed of 1.5GHz. It should facilitate multitasking as well as offer relatively fast web access and improved graphics. And that’s not all, the smartphone ships with 2GB of RAM and either 8GB or 16GB of internal storage.

Its black-colored chassis with dimensions of 133.9 x 68.7 x 9.1 millimeters, tips the scales at merely 139 grams. The 3G-enabled handset can be charged wirelessly and it comes with communication options like NFC, Wi-Fi and Bluetooth. A 2100mAh lithium-polymer battery claims to cough up the juice for talk time of up to 15.3 hours on a single charge. It is pre-loaded with applications like Google Now, Google Maps and more. 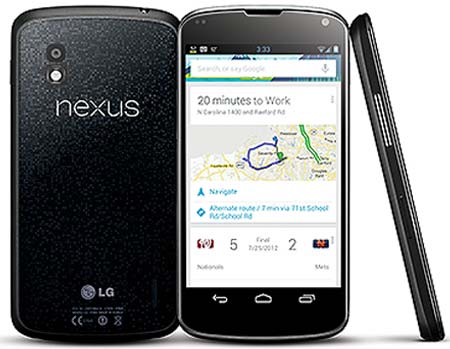 The 8GB unlocked HSPA+ LG Nexus 4 can be purchased for $299 from November 13. Its 16GB variant will also be available with the former for $349 through Google Play in countries like the US, the UK, Spain, Germany, Australia and France. The device will make its debut in South and Central America, Europe, Middle East, CIS and Asia towards the end of next month.