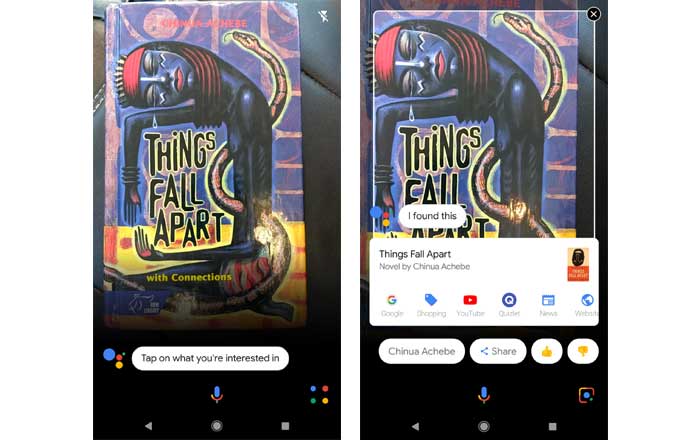 Google Lens got announced all the way back in May this year at the company’s I/O 2017 conference. The tool uses AI smarts to figure out what’s going on in an image and provide helpful suggestions based on what it learns.

At the time, Google said Lens would come out as a preview to the Pixel family of devices. It indeed arrived last month to both the Pixel and Pixel 2, but only in the Photos app. This meant that users had to click an image, head to the app, and then perform a visual search.

Pixel owners won’t have to go through all these steps soon as some users have taken to Reddit to report that the Google Assistant has gotten a new camera button on the bottom right corner. Choosing it will open up a viewfinder UI where the AI asks them to tap on what they’re interested in.

A person would then have to simply select what they want Google Assistant to look for. Once it finishes its search, a row of cards, actions, answers, and options will show up. People can even share or rate the result with a thumbs up or thumbs down, so the machine learning algorithm gets better at its job eventually.

It’s a much faster process than the previous ordeal of having to click a photo and then open the Photos app. Not many Pixel owners have gotten Assistant access to the Lens yet though, so it might take a while for all users to get it.