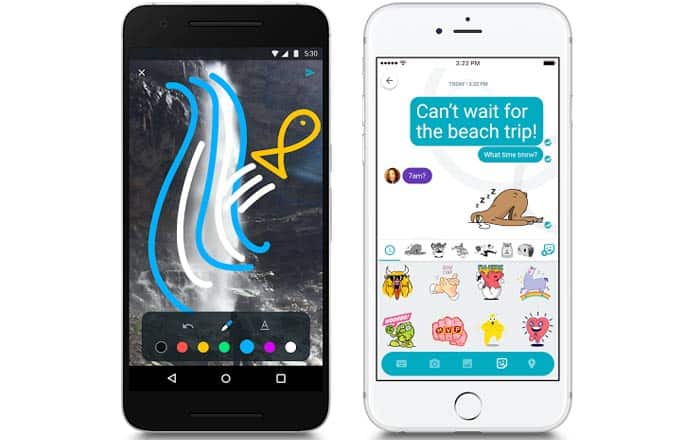 Google has finally launched Allo, its latest attempt to corner the messaging market dominated by the likes of WhatsApp, Facebook Messenger and iMessage. The cross-platform chat app was first announced alongside Duo back in May this year at its I/O conference.

Now both Duo and Allo are out. The former seems to be a hit, with many embracing its simple approach towards video calling. The latter couldn’t be more different, with Google stuffing it with all kinds of features to make it more appealing. Apple’s new-and-improved iMessage took on a similar approach with the launch of iOS 10.

Only time will tell which platform will be more successful. Allo has the distinct advantage of being compatible with both iOS and Android. It offers a number of useful tools to make your messaging experience more engaging. For instance, it can analyze your message and automatically generate a response via Smart Reply.

Smart Reply works for both text and photos. So if a friend asks you if you’re on your way or sends you an image of their dog, Allo is supposed to come up with responses like ‘yup’ or ‘aww cute!,’ correspondingly. Google promises the system improves over time as the application adjusts to your style.

The other big feature in Allo is having your very own personal Google Assistant. The AI is currently in its preview edition and will expand to other products to weave a seamless web of productivity. For now, you can type ‘@google’ followed by your query either within you current conversation or one-on-one.

For example, you could ask Google Assistant for a video on how to make sushi or games to play in a group, all without leaving the chat window. Allo further comes with a number of customization options such as resizing text or emoji, 25 custom sticker packs, and the ability to draw on images.

In good news for privacy hounds, all Allo chats are encrypted. Not only that, there’s also an Incognito mode where all messages are end-to-end encrypted and can expire after a set amount of time. Notably, Google says you can contact your friends even if they don’t have the application installed via an SMS or app preview messages for Android users.

Google Allo is currently rolling out for the App Store and Play Store and will hit global availability in the coming days.