The Google Keyboard app is out now on the Play store, hoping to be a neat alternative to Android users’ typing companions. Well owners of Nexus devices bearing the 4.2 version of the OS will realize that it’s the same tool which is present within them, but as has been the case with a number of stock apps lately, Google has decided to release it for all Android users to have a crack at.

The Google Keyboard app aims at bringing ‘the Nexus typing experience’ to non-Nexus devices, as asserted by the company through a release not earlier today. The app is available now through the Play store for free of course, but only devices featuring Ice Cream Sandwich and above will be allowed to download it. Its main highlight is its Gesture Typing attribute which lets users glide through letters so as to form a word, just like the various gesture-based tools available out there. 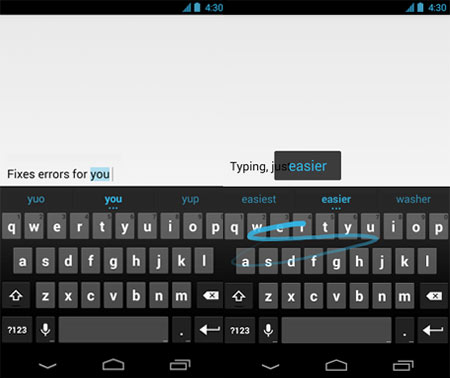 Automatic error correction as well as word predictions will form part of the app as well, whereas tapping its microphone will enable users to compose messages using the Voice Typing feature. Altogether, dictionaries of 26 languages and layouts for 38 dialects also find their way into Google Keyboard. And it works across smartphone as well as tablets.

Swype, SwiftKey and TouchPal are just some of the other alternatives that Android users can go for right now. Boasting of a user base of more than 250 million, Swype is the holder of a Guinness world record for allowing the fastest time to type a text message. It features support for over 60 downloadable languages and 20 dialects, and moreover, offers a number of unique features of its own, including themes, dictations, backup tools and others. 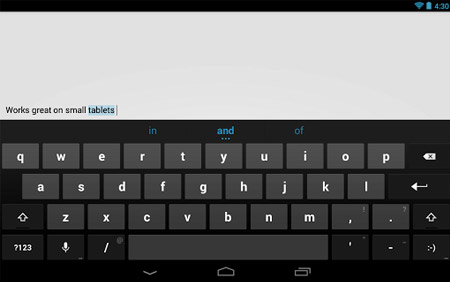 SwiftKey is another good option, with its ability to seamlessly switch between tapping and gesture typing. It adapts to users’ practices by suggesting corrections and predictions based on their inputs into Gmail, Facebook and Twitter. TouchPal by CooTek furthermore, also boasts of similar attributes. But all these apps come with price tags if users wish to experience them fully.

It is hence that Google Keyboard will prove to be efficient for those willing to save their shillings.