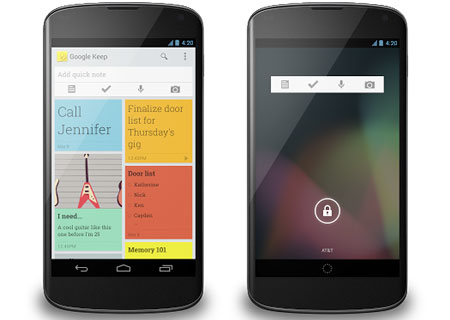 Google Keep – the note-taking app that peeked out at us for just a brief moment recently, before making like a self-destructing message on Facebook’s Poke app for mobile – has been officially revealed and is available on Android phones and tablets running version 4.0.3 or higher. And it is integrated into the cloud so that all notes can be accessed (and even created and edited) on any device via the web.

Unveiled by the search giant via a cross-posted blog entry on both the Google Dive Blog as well as the Official Android Blog, Keep allows users to jot down notes, make lists and even record audio snippets. A photo can be snapped and annotated, while users can have their voice notes transcribed automatically. In addition, pictures can be clicked using a device’s camera and then added to a note to make it a little more lively, and easier to pick out at a glance. 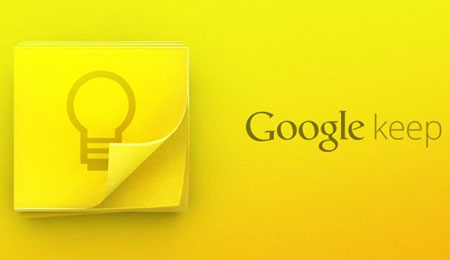 Notes can be color-coded and dragged around so that users can get their thoughts organized, making it easy to read back. The option to have a home screen widget has been provided so that jotting down things becomes simple and swift. What’s more there’s even a lock screen widget for that extra speed when taking down ideas. Unfortunately, only those with Android 4.2 and above will be able to use this lock screen widget. 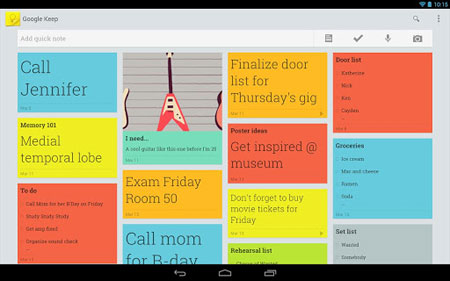 Another nice attribute is that a simple note can be transformed into a checklist, since the option to include checkboxes has been added. And the Internet bigwig also says that there’s a really fast search feature built into the app, allowing users to find what they’re looking for quickly. When a note has surpassed its usefulness, it can either be archived with a simple swipe or deleted. With all the functionality that it provides, if nothing else, it gives Everenote a run for its money. 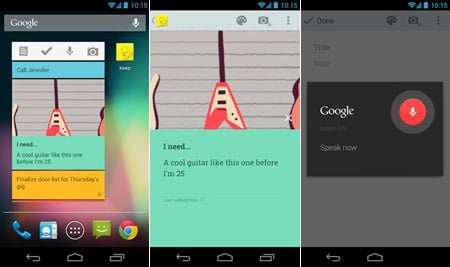 Google Keep is available on the Play store, but will only be compatible with devices running Ice Cream Sandwich or higher. As we’ve mentioned already, all notes created are saved to the cloud, which means they can be accessed from practically anywhere, via the web. The blog post mentions that in the coming weeks, users will be able to access, edit and create notes directly from Google Drive.