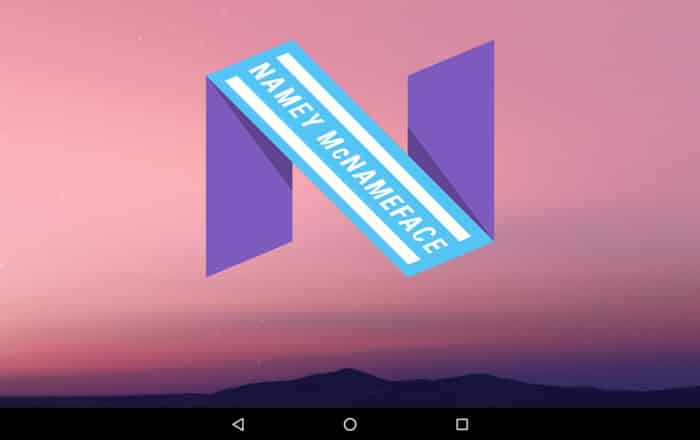 Google still hasn’t announced what exactly it’s going to call Android N, but that hasn’t stopped it from jokingly trying to throw people off their guard with humorous names. Its latest attempt to do so comes in the form an easter egg in its fourth developer preview for the upcoming OS.

The latest preview of Android N comes just a month after the third one was released last month and is officially the final one. Beta testers have already begun receiving it OTA. Turns out, if you go into Settings, head to About Phone, and repeatedly tap on Android version the letter N pops up. Upon long-pressing the letter, the name Namey McNameface shows up along the incline of the symbol.

Google had previously joked about naming Android N Namey McNameface at its I/O 2016 conference last month. That in itself was a riff on Boaty McBoatface, a name the public chose for a new British ship back in April this year. The search giant has been teasing fans with a similar strategy, asking them to vote for their favorite names.

It shouldn’t be too long before Google finally comes out with the official name for Android N. The fourth and final developer preview of the OS is now ready for the Nexus 6, Nexus 5X, Nexus 6P, Nexus 9, Pixel C, General Mobile 4G and Sony Xperia Z3. It mainly focuses on finalizing the APIs for devs to build their apps on.

As such, the Android N developer preview doesn’t offer a lot of new features on the consumer side of things. However, it is an important step forward for app companies who can now put together their apps without any changes on Google’s end and get them ready for the Play Store.