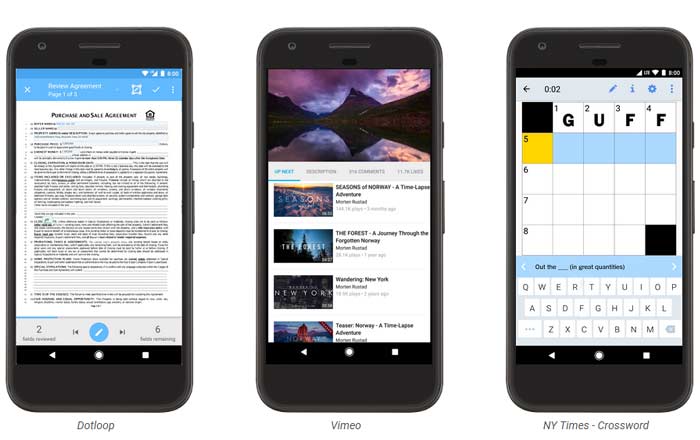 Google’s Android Instant Apps made quite a big splash when it was announced last year, hailed by the brand as ‘an evolution in app sharing and discovery.’ However, it hasn’t appeared on the Play Store yet in the months since its launch.

This ends now, with Google officially confirming the news in a blog post. Android Instant Apps basically allows people to try out an app without having to actually install it in their phone or tablet. The applications can be accessed from search, messages, deep links, social media, and now the Play Store.

Individuals will be able to spot Instant Apps by looking out for a ‘Try It Now’ button. A very limited list of applications currently support the feature including Red Bull TV, Skyscanner, BuzzFeed, NYTimes – Crossword, and Onefootball Live Soccer Scores.

The Play Store has also gotten a couple of other major changes. The Editor’s Choice section has now been redesigned even as its spread to over 17 countries. The games tab is also getting a revamp, adding trailers, more gameplay screenshots, a ‘New’ portion devoted to showing future and trending apps, and a ‘Premium’ area for paid games.

Google’s also looking to notify people when big in-game events are happening on applications they’ve already installed. It’ll also send out reminders to them to try out new games which they’ve set up, although this sounds like it could be annoying.

The Play Store is further seeking to incentivize developers into making their subscription services more attractive by making the setup and managing process easier and lowering the transaction fee to 15% for subscribers who stay with the service for 12 months. You can check out Instant Apps via the Play Store.