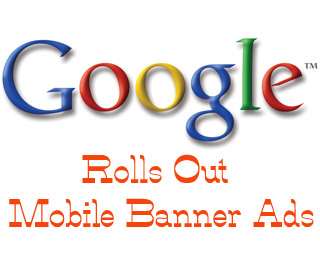 In an effort to grow beyond the internet market and venture into the sphere of phone advertising, Google has launched brand-image ads for mobile phones.

On the company website, the internet giant states that it had developed mobile images to resemble standard graphical display ads for desktop computer web pages. However their sizes were trimmed down, in order to fit well on handset screens.

Reportedly, all the mobile image ads are targeted on the basis of the keywords that the users type into their devices to search for information. The ads should link to web pages optimized to work on phones and are priced on a cost-per-click basis.

To avoid any sort of clutter on the small screens, the format is that only one image ad is displayed on each mobile page.

In a blog post on the company’s site, Alexandra Kenin, a product marketing manager, for Google Mobile Ads said, “For advertisers, mobile image ads serve as a branding tool and have shown to have good click-through rates.’

Google is not a pioneer in rolling out display banner ads on mobile web pages. Several big names such as Yahoo, AOL-owned Third Screen and Microsoft have already stepped into area.